Humor Nation Make The World Smile
Home TV How Well Do You Know The Angels From LUCIFER?

Welcome back to Humor Nation. Lucifer is not only the devil, but also an angel. An angel is a species created by the God. They are the celestial beings who reside in heaven and perform the duties given to them by God. And they also visit to perform the tasks given to them by God. They were created by the God and Goddess long before the humans came into existence. Amenadiel revealed that the angels were created fully matured unlike the humans who go through a length process of reproduction and birth, and then they progress and age slowly. But angels who were created by God didn’t have to go through such process. They are also immortal, free from any kind of illness, and could live forever. Amenadiel is the first angel created by God, he’s also the favorite child of God.

Lucifer was believed to be favorite child of the lord at one point, but after he led a rebellion against the God, he was thrown out of the hell, and was tasked with guarding the hell. While all his siblings lived in heaven, Lucifer spent most of his life in hell. However, after growing tired of his job as the ruler of Hell, he took a break and arrived on earth. After coming to Earth, he started his own nightclub named LUX. He became fascinated by humans and started giving them favors only to be collected by him at a later time.

Amenadiel arrived on earth with the purpose of sending Lucifer back to hell to resume his duties. However, after his time on earth, Amenadiel got engaged in sinful acts which made him feel guilty and he started losing his powers as deep down he believed that he is no longer worthy. Angels are the most powerful beings in the Universe after God and Goddess. They possess numerous abilities such as they are super strong, they can easily overpower humans or demons. They are pretty quick and agile, they are invulnerable to bullets, knives, and various sorts of human weapons. Even if they get injured, they are able to heal pretty quickly. In Season 5, we were introduced to the extended Angel Family who have arrived on earth to celebrate the retirement party of God.

So Take This Quiz And Find Out How Well Do You Know The Angels From LUCIFER?

How Well Do You Know The Angels From LUCIFER?

Angels are the powerful celestial beings in the world of Lucifer who were created by God and they serve God. Take this quiz to test your knowledge of ANGELS! 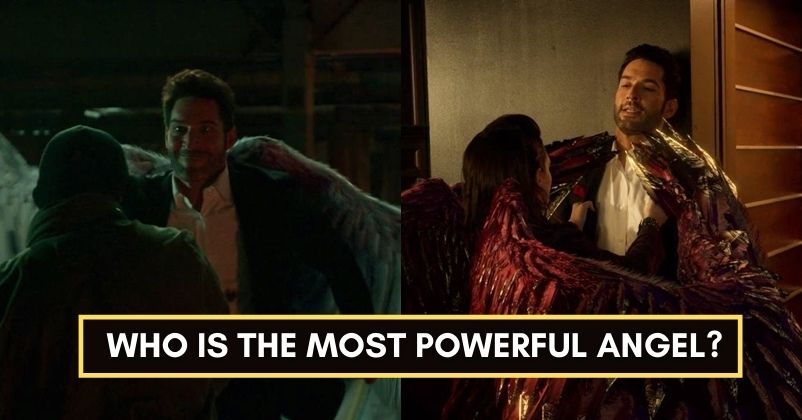