Humor Nation Make The World Smile
Home TV How Well Do You Know The Betas From Teen Wolf?

Hello Readers! Welcome back to Humor Nation. While the Alphas are the most powerful werewolves. They lead the packs and can transform others into wolves using their bite or scratch. Then comes the Betas who are ranked below the Alphas. They loyalty lies with the Alphas and they would protect their leader, follow his judgement without any question. The Beta werewolves belong in the pack. There are times when a Beta would go against the judgement or decision of an Alpha. Sometimes they would even challenge the authority of an alpha with the intention of stealing his power, going as far as killing him to become the alpha of the pack. A beta werewolf possesses the same abilities like a normal werewolf. However, the eyes of a Beta can be of blue or gold color. The blue eyed betas are most powerful in terms of strength.

Apart from the Betas and the Alphas, we have the Omegas, they are lone werewolves who are not part of any pack. Either they have been abandoned or exiled from the pack. At times, they themselves chose isolation over the company. In the werewolf hierarchy, they are the weakest as we are well aware that a werewolf acquires power from the pack. While Alphas can easily shapeshift into the beast form while retaining the human features. This is mostly the quality of an Alpha, but ocassionally few Betas are also able to shapeshift like that. As we saw Derek transforming into a wolf while being only a Beta in an episode.

Derek Hale has been born as a Beta werewolf, a part of the legendary Hale family. But the hunter Kate Argent caused the Hale House fire which killed most of his family. Derek would cross paths with his uncle Peter Hale who was an Alpha. After learning that his uncle caused the death of his sister Laura, he teamed up with Scott to exact revenge. He would kill Peter Hale and would end up becoming the new Alpha. He would recruit different people, giving them the bite and turning them into werewolves to join his pack. Do let us know who is your favorite Beta werewolf from the series?

So Take This Quiz And Find Out How Well Do You Know The Betas From Teen Wolf?

How Well Do You Know The Betas From Teen Wolf?

They are normal humans who are became a werewolf after being bitten by an Alpha or by being born to a werewolf. The betas follow the Alphas. 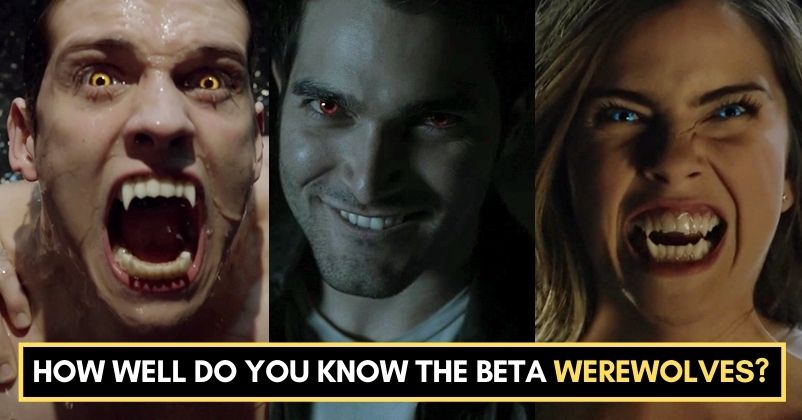