Humor Nation Make The World Smile
Home TV How Well Do You Know The Crescent Wolf Pack From The Originals?

Welcome back to Humor Nation. We learn from Davina in Season 4 about the origins of the werewolves. In the year 500 AD, an extremely powerful witch named Inadu AKA The Hollow placed a curse on her Native American tribe of witches that transformed them all into the beasts which came to be known as the werewolves. In the Originals, the first Crescent werewolf we see was Jackson Kenner who came by the pool of the Mikaelson House. Later, he saved Hayley from a group of witches which were sent by Agnes to hurt Hayley. Hayley becomes fascinated with the appearance of the wolves and believes that it is somehow connected to her family lineage. She goes to Bayou with Rebekah to find answers about the wolf.

In the episode ‘The River in Reverse’, Hayley comes across Eve who also comes from the same werewolf bloodline ‘Labonair’. Eve reveals to Hayley how Marcel killed many members of the pack and placed a curse on the remaining members of the pack. Marcel revealed to Hayley that the reason he cursed the wolves was to protect them from their inner conflict. The curse forced the wolves to remain in the werewolf forms for most of the time. They only returned to their human form on the night of the full moon.

In Season 2, Hayley and Jackson undergo the unification Ceremony to make their pack strong. The ceremony consisted of three phases, the first phase were the trials in which the two betrothed first would do the fasting then some trials of purification, and finally they would exchange their secrets after smoking the roof of the blue calamus plant.

So Take This Quiz And Find Out How Well Do You Know The Crescent Wolf Pack From The Originals?

How Well Do You Know The Crescent Wolf Pack From The Originals?

A pack of the evolved werewolves that reside in the New Orleans and its surrounding area 'The Bayou'. Take this quiz to test your knowledge of the Crescent Clan. 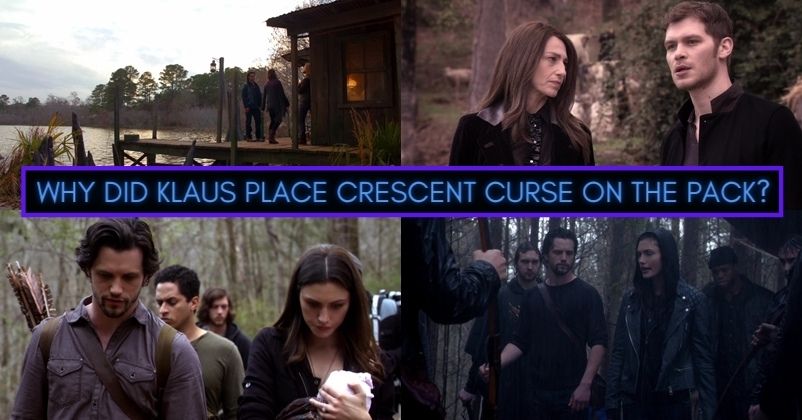