Humor Nation Make The World Smile
Home TV How Well Do You Know ‘The Cure’ From The Vampire Diaries?

Welcome back to Humor Nation. The Cure is one of the three known possible ways to reverse the immortality in the TVD Universe. The great witch Qetsiyah who fell in love with the witch Silas created an immortality spell for Silas. However, on their wedding day. Silas left her at the altar, she discovered that Silas is in love with her handmaiden Amara. This made Qetsiyah furious at the betrayal of Silas and she faked the death of Amara. She then created a cure for immortality, decided to give her lover a second chance by offering him the cure so that they can spend their mortal lives together, but Silas refused.

How Well Can You Recognize The Mistakes From The Vampire Diaries?

This made her desiccate and entomb Silas on an island. She also placed the cure in his tomb so that he could end his torment and die like a mortal. Qetsiyah created the ‘Other Side’ to ensure that Silas cannot be reunited with Amara in death. Most of the storyline of Season 4 revolved around the cure and the biggest question was which character will take the cure? Elena who had the cure offered it to Stefan, but Stefan refused setting up the surprising twist of the finale. Elena Gilbert had a showdown with Katherine who easily overpowered her. In order to save herself, she forced the cure down Katherine’s throat, the cure transformed her into a human.

We then saw Katherine who is now a human in a miserable and ill state living her remaining life. Katherine asked Damon to offer her the protection as she is a mortal being now and over the course of 500 years, she made numerous enemies.

So Take This Quiz And Find Out How Well Do You Know ‘The Cure’ From TVD?

How Well Do You Know ‘The Cure’ From TVD?

The Cure is one of the three known possible ways to reverse the immortality in the TVD Universe. Take this quiz to test your knowledge! 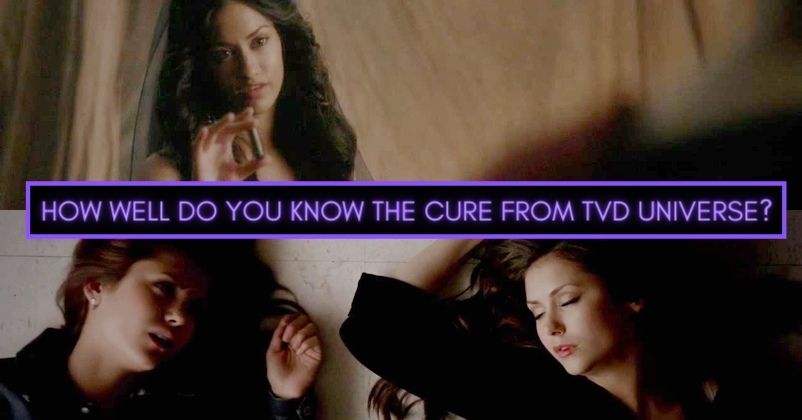