Humor Nation Make The World Smile
Home TV How Well Do You Know The Episode ‘Once Upon A Time…” From...

Welcome back to Humor Nation. The episode titled ‘Once Upon A Time’ was originally supposed to be a part of Season 4, but unfortunately FOX cancelled the show which resulted in a mass online movement to save Lucifer. This episode due to the cancellation was released as a bonus episode of Season 3.  The main theme of the episode is God trying to justify his actions. The episode is set in an alternate universe where there are plenty of significant differences. In this world, Chloe and Lucifer doesn’t know each other, Chloe’s father is alive and therefore she never joined LAPD, and never met Dan. Dan Espinoza is a corrupt cop who is romantically involved with the attorney Charlotte Richards who is also a corrupt person.

Dr. Linda Martin is a psychiatrist, but she has own television series. She has betrayed her morals for the ratings of her show. Mazikeen in this universe never met Trixie or befriended anyone. Hence, she never experienced any emotional development. Ella moved to LA, but she is not part of the LAPD. She actually runs an illegal business of stealing cars. She took the inspiration from Chloe Decker’s onscreen character.

Despite the numerous differences, Chloe Decker and Lucifer Morningstar came across each other while investigating a murder mystery. Together they join forces and manage to bring the culprit to justice. Chloe considers becoming a detective for real. Lucifer laughs at her thought, but suggests to tag along with her. By the closing moments of the episode, God tells us that no matter how much you change something, some people are bound to make the same choices over and over again. They will always be drawn to the same people in every setting.

So Take This Quiz And Find Out How Well Do You Know The Episode ‘Once Upon A Time…” From Lucifer?

How Well Do You Know The Episode ‘Once Upon A Time…” From Lucifer?

Think you are a crazy Lucifer and know everything all the Seasons and Episodes? Take this quiz to test your knowledge about this amazing Lucifer episode! 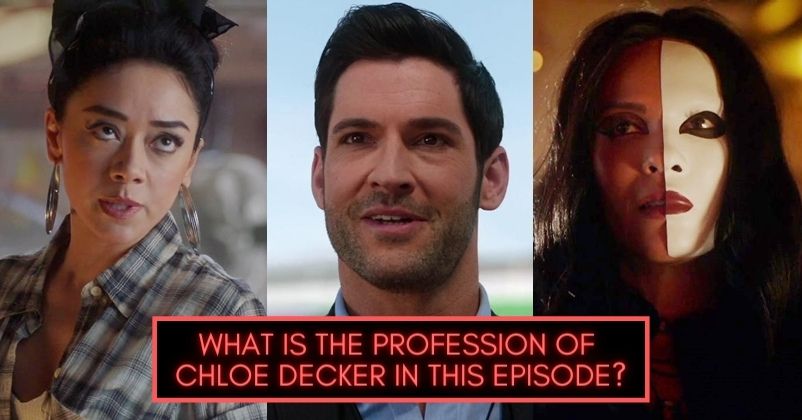