Humor Nation Make The World Smile
Home TV How Well Do You Know The Families In Teen Wolf?

Hello Readers! Welcome back to Humor Nation. Teen Wolf has numerous families and they play a significant role in the story-line of the series. The Argents are a well known family of the Werewolf Hunters. Their bloodline has been raised to become a hunter, to be taught skills to hunt down the monsters and protect the innocents. Their family is legendary in the world of supernatural. The word Argent comes from French which means Silver. There has been a popular myth that Silver can kill a werewolf. but it’s actually the Argent family who does it.

How Well Do You Know The Banshee From Teen Wolf?

Hale Family is an old and well respected family of Werewolves. The head of the family was Talia Hale who was the mother of Cora, Laura, and Derek Hale. She was also the older sister of Peter Hale and thus the aunt of Malia Hale. She was the Alpha werewolf of the family and many times the werewolves would turn to her for guidance and counsel. Talia was extremely powerful and wise. Sadly, she died in the Hale Fire which was started by Kate Argent. Peter Hale always resented the fact his sister was the Alpha as he believed the position was rightfully his.

McCall Family consists of Scott, Melissa, and Rafael. Scott became a werewolf after being bitten by Peter Hale. Scott’s mother Melissa McCall works as a nurse at Beacon Hills Memorial Hospital. Scott’s dad left him after Melissa kicked Rafael out of the house because of his alcoholism.

So Take This Quiz And Find Out How Well Do You Know The Families In Teen Wolf?

How Well Do You Know The Families In Teen Wolf?

Teen Wolf Has numerous families such as The Hales, The Martins, The Argents. Just how well do you know them? Take this quiz and find out. 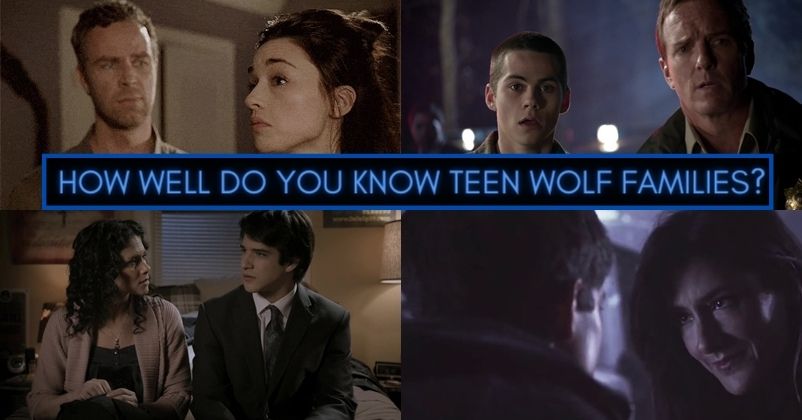