Humor Nation Make The World Smile
Home TV How Well Do You Know The Flings/Girlfriends Of Klaus Mikaelson?

Welcome back to Humor Nation. While the fans will continue to debate whether Klaroline or Klamille is the OTP, but you should know in his long life, Klaus Mikaelson has been involved in numerous relationships, been with several lovers, flings, and girlfriends. One of the oldest relationships Klaus has been part of was with Aurora. They began their relationship sometime after the Mikaelsons arrived at the Count De Martel’s Castle as they disguised themselves as the Nobles to blend in the plain sight.

It was then Klaus and Aurora saw each other and soon fell in love with each other. Soon Aurora came to find out that Klaus and his family were vampires, but that doesn’t stop her from loving him. Aurora was so crazy passionate in love with Klaus that she killed herself in order to become a vampire and to be with him. Soon Mikael got a wind of his children’s whereabouts, Klaus asked her to fled with him, but she rejected and ended up breaking his heart because she was compelled by Elijah to do so.

In the Modern times, when Aurora returns to New Orleans, she comes to know about Cami. This made her jealous as Klaus fostered a soft corner for her. She compelled Cami to kill herself in order to become a vampire. Cami ultimately decided to become a vampire ultimately. Even after all what happened, Klaus didn’t kill Aurora. Cami believes that deep down he loves Aurora and that’s why he won’t kill her. So which ship do you think is the true OTP? Let us know in the comments.

So Take This Quiz And Find Out How Well Do You Know The Flings/Girlfriends Of Klaus Mikaelson?

How Well Do You Know The Flings/Girlfriends Of Klaus Mikaelson?

Even though the fans still keep debating between the Klaroline and Klamille, but did you know there are many other characters who Klaus got entangled with romantically. Take this quiz to test your knowledge of Klaus' relationships. 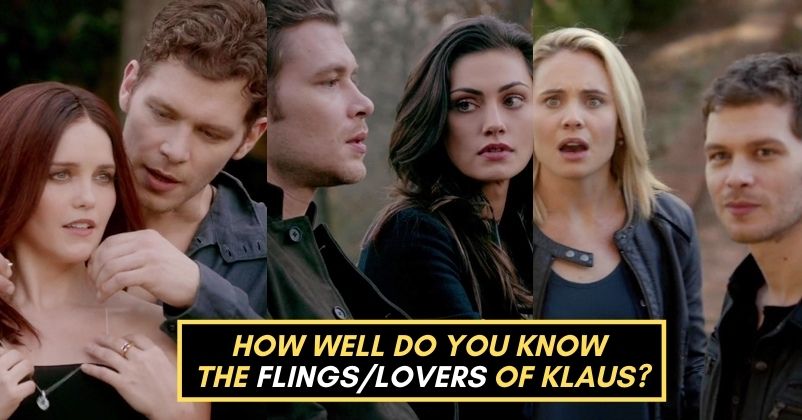