Humor Nation Make The World Smile
Home TV How Well Do You Know The Girls From The Originals?

Welcome back to Humor Nation. The Vampire Diaries had more human characters and less supernatural beings. Whereas in the Originals, every character that we encounter is a supernatural being. Of course, being a supernatural creature whether it’s a witch, werewolf, or vampire has its own privileges. One is gifted with unique powers and abilities whether it’s super speed, inhuman strength, or psychic abilities, the characters in Originals are extremely powerful. While the show takes place in New Orleans and centers around the Mikaelson family, but it extends beyond them. Numerous new characters have been introduced and the creators have done an amazing job of telling their stories.

5 Worst Mistakes The Writers Made In The Vampire Diaries

New Orleans is the city of witches and the show featured plenty of witches through out its five seasons. We are introduced to Davina Claire in Season 1. She is the secret weapon of Marcel, with her help, he rules over New Orleans and prohibits any other witch from practicing magic. We learn that Davina was a Harvest Girl, she was almost sacrificed, but was saved by Marcel. As the ritual was not completed, the powers of the sacrificed Harvest girls were absorbed by Davina which made her extremely powerful. The powers inside her grew too powerful for her vessel to contain. Ultimately, she is sacrificed and the powers go back to the Earth. Davina would later be resurrected and is not as powerful as she once were.

The Originals presented the female characters not as some damsel in distress, but as powerful badasses who could do amazing things. The show featured plenty of powerful female characters. One such character is Hayley Marshall. She comes to New Orleans seeking answers about her heritage, but finds out that she is pregnant with the miracle baby. At first, she is unsure of having the baby, but later on fights to death to save her child. She would die in Season one finale, but would reawake as a Hybrid in transition. Hayley and Klaus would face numerous dangerous enemies in order to protect their child Hope.

Freya Mikaelson is right among the most powerful witches in the TVD Universe. The true nature of her powers is debatable as earlier her abilities and powers were augmented by Dahlia. After the death of Dahlia, we have seen Freya not being able to perform various spells or getting exhausted easily.

So Take The Quiz And Find Out How Well Do You Know The Girls From The Originals?

How Well Do You Know The Girls From The Originals?

Think you know everything about The Originals? Today's quiz will check your knowledge about the beautiful and amazing female characters from The Originals. So let's get started! 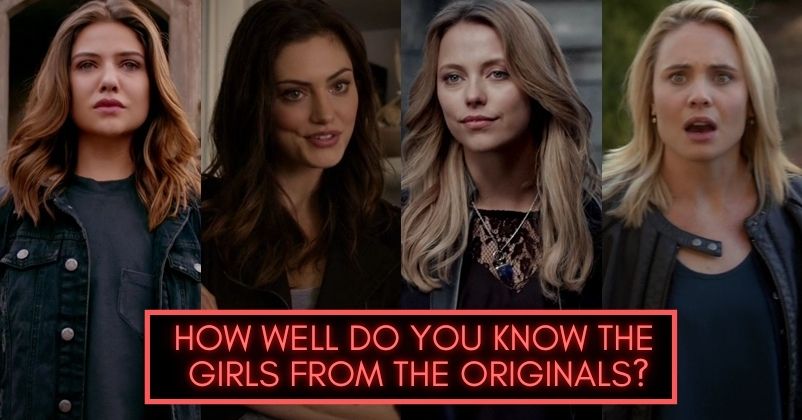