Home TV How Well Do You Know The Herbs From TVD Universe?

Welcome back to Humor Nation. TVD is a world of Supernatural where magic and witchcraft dominates. We have creatures such as vampires and werewolves which were born as a result of magic. Speaking of magic, herbs play a crucial role in magic and witchcraft. Herbs which are plants are used by the witches in their spells. Herbs are of various different types and are provided by the nature, they possess special magical properties which makes magic possible. Now these herbs can have different uses, they can be used to heal or aid someone and they can also be used to cause harm to someone.

How Well Do You Know The Episode Titles Of TVD?

One of the most popular herb in TVD Universe is Vervain which is proven to be toxic when ingested or touched by the vampires. It also protects humans from being compelled by the vampires. The existence of vervain dates back to 10th century when Esther transformed her children into the Original Vampires. Esther used the ancient White Oak Tree in her immortality spell. The spell upset the nature when it granted immortality to someone. Hence, in order to maintain the balance nature created the flowers at the base of the three which were toxic to the newly created vampires.

Vervain is toxic not only to the Originals, but also to their offspring. Humans used this weakness to the vampires to safeguard themselves, they would add the herb in their coffee or tea, at times would wear them as jewelry. Similarly to Vervain, there’s a herb named Wolfsbane which is toxic to the werewolves and would burn them if they come in physical contact with them.

So Take This Quiz And Find Out How Well Do You Know The Herbs From TVD Universe?

How Well Do You Know The Herbs From TVD Universe?

Speaking of magic, herbs play a crucial role in magic and witchcraft. Herbs which are plants are used by the witches in their spells. Take this quiz to check your knowledge of herbs. 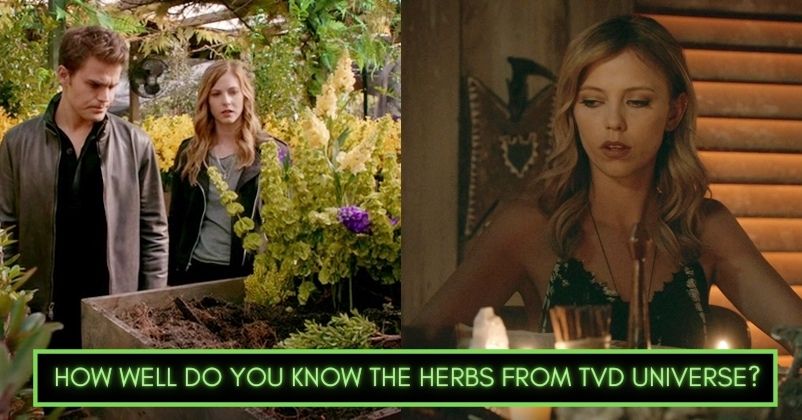 Just How Popular Are Your Vampire Diaries Opinions?

Do You Belong In The Mystic Falls Gang Or In Mikaelson Family?

Which Villain From The TVD Universe Will You End Up Marrying?

Which Character Would You End Up Marrying From Lucifer?

How Well Do You Know Isaac Lahey From Teen Wolf?

TVD QUIZ: Was It The Salvatores Or The Mikaelsons?

How Well Do You Know Enzo From The Vampire Diaires?