Humor Nation Make The World Smile
Home TV How Well Do You Know ‘The Hollow’ From The Originals?

Welcome back to Humor Nation. Known popularly as ‘The Hollow’, she was born as Inadu to a tribe of Native American Witches. The elders of the tribe believed that she would become a symbol of prosperity, but after her birth she only craved power. She even killed the members of her own tribe. This resulted in the members of the tribe becoming fearful of her actions and decided to kill her.

Before she died, she cast a powerful spell which created the werewolf curse and bound the members of the tribe to the full moon during which they would transform into wolves. The Hollow is an extremely powerful witch who is very ruthless and cares nothing other than gaining power. It would stop at nothing and brings only death and destruction. She would sacrifice anyone and would do anything it takes to gain power. The Hollow is extremely skilled at influencing, corrupting, and manipulating people. She takes the darkness inside a person, twists it and bends a person’s mortality to her purpose.

In the episode ‘Voodoo Child’, Hollow possesses Hope Mikaelson and tries to take Hope forever. However, Freya and the others try to save Hope and cast her out. But the Hollow inside Hope is extremely powerful and she continues to display her powers. In the season 4 finale, Vincent manages to cast out the spirit of Hollow from inside of Hope and splits it into four pieces which are absorbed by the Mikaelson siblings.

So Take This Quiz And Find Out How Well Do You Know ‘The Hollow’ From The Originals?

How Well Do You Know ‘The Hollow’ From The Originals?

One of the most powerful witches in the TVD history. The Hollow is even older than the Ancestors! After her return, she wreaked havoc in New Orleans. She is perhaps the most dangerous foe the Mikaelsons ever faced. 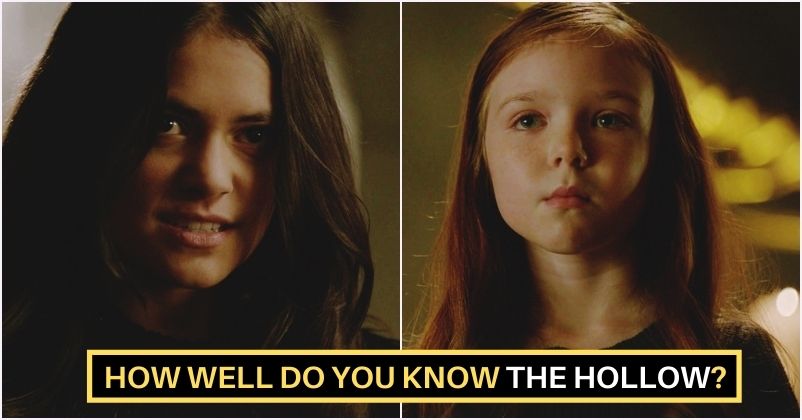