Welcome back to Humor Nation. In TVD Second Season, we learned about the actual Hybrid Curse that was placed on the Original Vampire Klaus Mikaelson over 1000 years ago by his mother Esther. Esther was involved in an affair with a werewolf chief named Ansel, her illicit affair with Ansel resulted in the conception of Klaus who was born as a werewolf. And when his mother modified the immortality spell to turn Klaus and his siblings into the Originals, Nikklaus became the first true Hybrid. A being that was too powerful to exist. Esther was well aware of the rage of Mikael and therefore she decided to suppress the werewolf side of Klaus because if she hadn’t then Mikael might have killed him.

There was only one way to lift the Hybrid Curse and that was using the Sacrifice Ritual. The ritual would involve channeling the power of a full moon into the moonstone, it would require a vampire and a werewolf who must be sacrificed by Klaus as it would represent the two aspects of his hybrid nature. Finally, he must drink the blood of a human doppelganger at her birthplace.

Klaus Mikaelson originally tried breaking the curse in 1492, he along with Elijah gathered all the necessary ingredients, but they failed to perform it because Katherine escaped with the help of Trevor. Rose was supposed to hand back Katerina to Klaus, but Katherine tricked Rose in feeding her the vampire blood, and then she hanged herself, thus making herself a vampire. As she was no longer a human doppelganger, the ritual could no longer be created. Finally, Klaus managed to break the curse in the 21st century.

After breaking free of the curse, Klaus became extremely powerful. He was able to defeat his father Mikael who is the strongest Original. Klaus also took upon the Marcel army and easily defeated them. The werewolf side also allows him to become immune to the werewolf bites, but at the same time his bite is fatal to the vampires. His blood is the only cure to the werewolf bite. As we have seen him curing Damon on two different occasions. Klaus is the first Original Hybrid and after him there have been several other hybrids.

So Take This Quiz And Find Out How Well Do You Know The Hybrid Curse Of Klaus Mikaelson?

How Well Do You Know The Klaus’ Hybrid Curse?

The Hybrid Curse placed an important role in the TVD Universe. Klaus arrived in Mystic Falls to lift the curse using the Sacrifice Ritual. Take this quiz to test your knowledge. 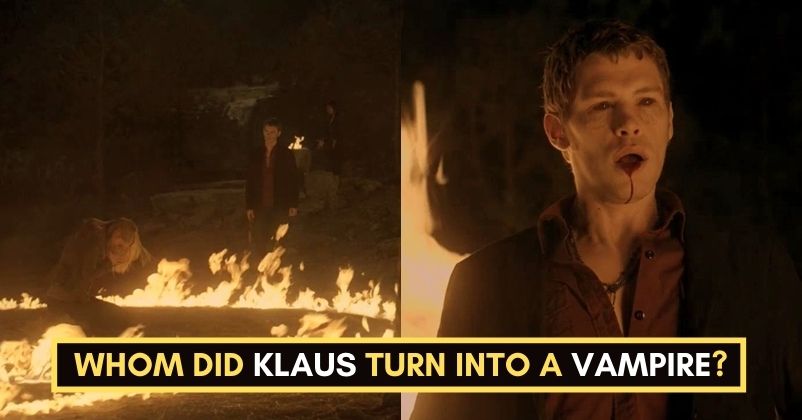