Humor Nation Make The World Smile
Home TV How Well Do You Know The Lucifer’s Episode “Daniel Espinoza: Naked and...

Welcome back to Humor Nation. Part B of Season 5 of Lucifer is available on Netflix and without a doubt it’s the best of all Seasons. This season has something for everyone, it has some real tear-jerking, heart breaking emotional moments, hilariously entertaining moments, and the action sequences are really captivating. One of the best episodes of Part B of Season 5 is the 12th episode titled Daniel Espinoza: Naked and Afraid and it centers around Dan. He takes up an ordinary prisoner transport job which becomes extremely chaotic and dangerous, Dan finds himself in a mess.

Hardest God Quiz That Only A True Lucifer Fan Can Beat

Dan Espinoza’s life is turned upside down after discovering the existence of divinity, this changes everything, and now he is having a hard time returning to the old ways, his relationship dynamic with Lucifer is changed drastically. He decides to take up the job of picking up a criminal from Mexico. From there, everything goes south for Dan, he loses the prisoner, the loses the cash his friend Luis asked to deliver. He is caught up in a spiral which ultimately leads to a showdown in LUX.

In the end, it turns out that the entire mess, the gunfight, the crime lords, the drugs, everything was part of Lucifer’s elaborate plan to get back at Dan. Lucifer explains that he called plenty of his favors and spent numerous weeks planning this practical prank at Dan. Everyone was aware of the plan except Chloe, Ella, Linda, and Amenadiel. Ultimately Dan feels alive again and this prank helped him in moving past the trauma of Charlotte’s death, the manipulation of Michael, and the surprise quick death at the hands of God.

Lucifer managed to get back at Dan big time. All this experience helped Dan Espinoza in overcoming his anxiety, he was living in the fear of what the God would do to him. But after this, he accepted whatever happened and said straight to God that he loved Charlotte AKA Goddess, to which God said that it’s none of his business. Only Chloe Decker was not involved in this entire big prank because she would have smelled something fishy and would have stopped it from ever happening in the first place. What are your thoughts on this episode?

So Take This Quiz And Find Out How Well Do You Know The Lucifer’s Episode “Daniel Espinoza: Naked and Afraid”?

How Well Do You Know The Lucifer’s Episode “Daniel Espinoza: Naked and Afraid”?

One of the best episodes of Part B of Season 5 is the 12th episode titled Daniel Espinoza: Naked and Afraid and it centers around Dan. Take this quiz to test your knowledge of the episode? 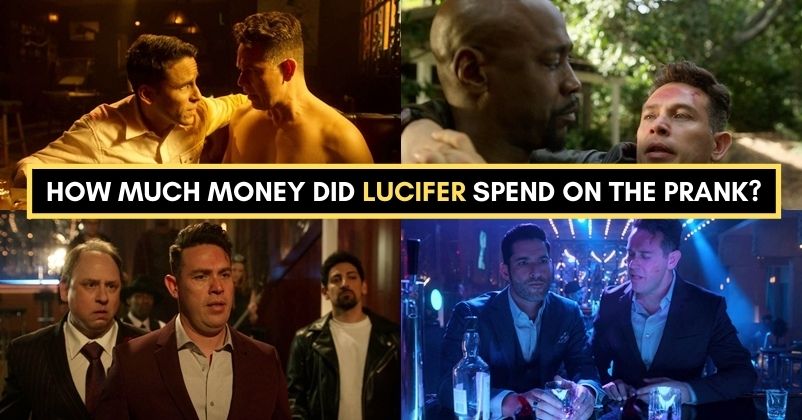