Humor Nation Make The World Smile
Home TV How Well Do You Know The Mystic Falls Gang From Vampire Diaries?

Welcome back to Humor Nation. The term Mystic Falls Gang refers to the team of the main characters of the Vampire Diaries. Even though there have been numerous characters who have been part of this group due to similar motivations and loyalties, but the core members have remain unchanged which includes Damon, Stefan, Damon, Elena, Caroline, Bonnie, Matt, Alaric, Jeremy, and Tyler. Together they have fought numerous powerful villains and managed to defeat them.

Well, the gang managed to took down even the invincible such as the Mikaelsons. While if you have seen the Originals then you’d find it hard to digest how can a bunch of teenagers and a few vampires can take down the most powerful and ruthless vampires, their progenitors. Many fans have expressed their disapproval with the writing of how Finn and Kol Mikaelson were killed off by the Mikaelson gang. Even though it it plot armor, but it is plain ridiculous. The Mikaelsons who have walked the earth for nearly a thousand years, faced countless enemies such as the Brotherhood of the Five, werewolves, witches, and outsmarted them all, were bested by some newbie vampires and few excited teens.

It’s understandable that while at the time or writing, the creators had no idea about how popular the Mikaelson family will get. When the Spin-off was released, The Originals surpassed Vampire Diaries in numerous aspects. When the Season 3 was written, it was pretty obvious, the beloved heroes of Mystic Falls would best the Mikaelsons. But there are numerous facts that just don’t sit well. If you remember Season 2, Rose and Trevor who first spoke of the Originals were downright terrified of the Mikaelsons. The Original Vampires were hyped to the extreme before they showed up.

And when Elijah finally showed up, he lived up to the hype. The calm, collected, and cold demeanor. The way he killed Trevor made the fans shook with fear that Mikaelsons are not a force to be reckoned with. But then the writers had Stefan and Damon, vampires who are way younger than Rose and Trevor, manage to physically beat up Elijah and dagger him. This is outrageous. One would find it almost impossible to believe that Elijah Mikaelson who took on 100 vampires at once in French Quarters was bested by the Salvatores in a direct fight.

Elijah wasn’t the only time the writers insulted the Mikaelsons. Elana managed to dagger Elijah and Rebekah which is ridiculous. Then you have Matt killing Finn, Jeremy killing Kol, and at worst, Stefan, Damon, Tyler took down the Hybrid Klaus long enough for Bonnie to complete her spell.

So Take A Look At How Well Do You Know The Mystic Falls Gang From Vampire Diaries?

Think you are a crazy fan of the Vampire Diaries? Think you know everything about the iconic Mystic Falls Gang? Take this quiz. 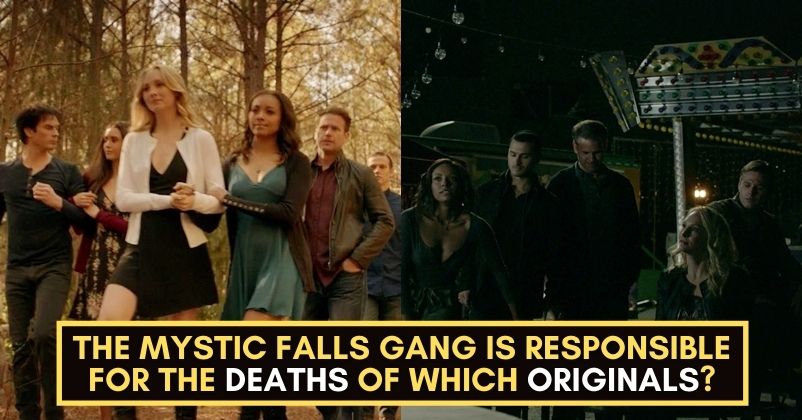