Humor Nation Make The World Smile
Home TV How Well Do You Know The Names Of Lucifer Cast?

Welcome back to Humor Nation. Lucifer is such an amazing show. Success of the show goes to its surprising storylines, great soundtracks, and the entertaining cast. Today we will be taking a look at some of the interesting and unknown trivia related to the cast of the show. Lots of actors prefer body doubles while shooting the uncomfortable scenes, but not Tom Ellis. After losing a bet with his trainer, he decided to shoot some of his wild scenes himself. So when you see Lucifer in season 4 standing without his clothes, that’s Tom Ellis himself and not his body double.

How Well Do You Know The Storylines From Lucifer?

While the character of Chloe Decker is pretty serious, a working woman who takes her job seriously and doesn’t joke around. Often times, it’s Chloe Decker who scolds Lucifer for his antics and pranks, but did you know the reality is entirely different. The actress Lauren German who plays the role of Chloe Decker is the real prankster on the sets. She is the actual devil who loves playing pranks on her co-stars.

Tom Welling who played the role of the immortal Cain AKA Marcus Pierce in Season 3 actually stumbled during the shooting of his first scene. His castmates took a jibe at him for being so rusty. He is well known for playing the role of Clark Kent on Smallville. Originally the character of Lucifer was supposed to have an American accent, but after a few takes and lines, Tom Ellis felt that it’s the wrong choice, and decided to do the British Accent. Well, for one British accent does make everything sound so cool.

So Take This Quiz And Find Out How Well Do You Know The Names Of Lucifer Cast?

How Well Do You Know The Names Of Lucifer Cast?

Do you know who plays which character? Test your knowledge here! 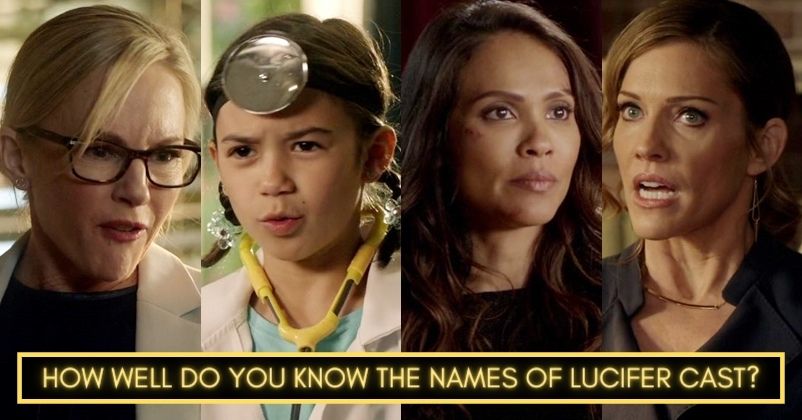