Home TV How Well Do You Know The Names Of TVD Cast?

Welcome back to Humor Nation. There are many unknown and interesting facts related to the cast of the Vampire Diaries. Nina Dobrev became a famous name with her work in TVD as Elena Gilbert and also playing the doppelgangers such as Katherine and Amara. But would you believe that she wasn’t the original face of the series? CW’s first choice was Ashlee Simpson for the role, but Nina got the role after the producers of the show decided that she was a better fit for the role.

How Well Do You Know Mikael From The Vampire Diaries?

TVD Cast managed to find themselves in a controversy during the shooting of the first season. The pilot for the show was shot in Vancouver, British Columbia, it is the same pace where the Twilight saga films were filmed. However the rest of the season has been shot in Covington, Georgia, and it’s the place where the cast of the show found themselves in legal trouble before the show aired. Many of the cast members including Nina Dobrev, Kayla Ewell, Sara Canning, Candice Accola were arrested for naughtily distracting the drivers on the freeway while doing a photo shoot. Some reports suggested that they were also fashing traffic.

Did you know that Kevin Williamson, known for his work in Dawson’s Creek and Scream initially snubbed the idea of creating TVD series. He thought it would be a Twilight rip-off due to similar premises. But the co-creator Julie Plec convinced him to check the original novels. It was then he resonated with the content and decided to adapt it into a series. Also did you know that Paul Wesley was actually called for Damon’s audition but he got Stefan’s role instead. We thank the makers for doing so because no one except Paul could have been a better choice for Stefan.

So Take This Quiz And Find Out How Well Do You Know The Names Of TVD Cast?

How Well Do You Know The Names Of TVD Cast?

So you call yourself a TVD fan. After being a part of TVD journey of over eight years, it's expected that you should know most of the things about the show and its cast. Today this quiz will check how well do you remember the names of actors who played your beloved characters. 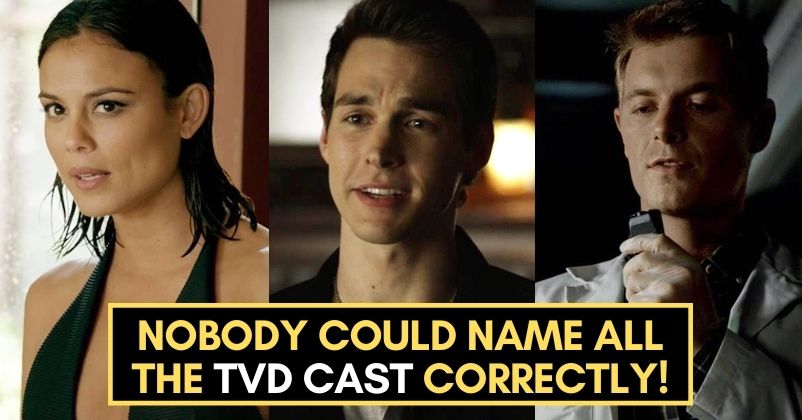 How Well Do You Know About The Sins Of Klaus Mikaelson?

Find Out Whether You Are Stefan Salvatore Or Sam Winchester?