Home TV How Well Do You Know The Parents From The Vampire Diaries?

Welcome to Humor Nation. Being a parent has its challenges and responsibilities and these increase especially when you’re a resident of Mystic Falls. Not only you have to fulfil all the responsibilities of a parent, but also ensure that your kid is protected from all kinds of Supernatural threats which are looming free in the town. We have seen that the family members of the main characters on the show often become a victim to an array of accidents, maladies, and encounters with someone or something dangerous. We have some parents on TVD who themselves are supernatural creatures and then we have human parents who have a strong hatred towards the supernatural entities. While some parents accept the challenges of the Supernatural and raise their kids under such unusual circumstances and then there are some who don’t.

How Well Do You Know The Spells From The TVD Universe?

Speaking of the worst parents, Lily is right there among the worst TVD parents. When Stefan and Damon were grieving over her dead mother, she was busy ‘RIPPER-ING’ her way across the Europe with the help of the Heretics and Julian. Even when she is reunited with her sons, the moment is awkward since she doesn’t share any affection for her sons.

Another parent who is the contender for the worst parent ever is Esther Mikaelson. She is no worse than her husband Mikael. She spent 1000 years trying to find a way to kill her children. Esther also brainwashed Alaric and conspired against the Elena. When she returns, her plan of killing the Mikaelson siblings blows up in her face. So who do you think is the worst parent on The Vampire Diaries? Also, let us know if we missed any parents from the TVD!

So Take This Quiz And Find Out How Well Do You Know The Parents From The Vampire Diaries?

How Well Do You Know The Parents From The Vampire Diaries?

Being a parent has its challenges and responsibilities and these increase especially when you're a resident of Mystic Falls. Put your knowledge about the TVD parents at test by taking this quiz! 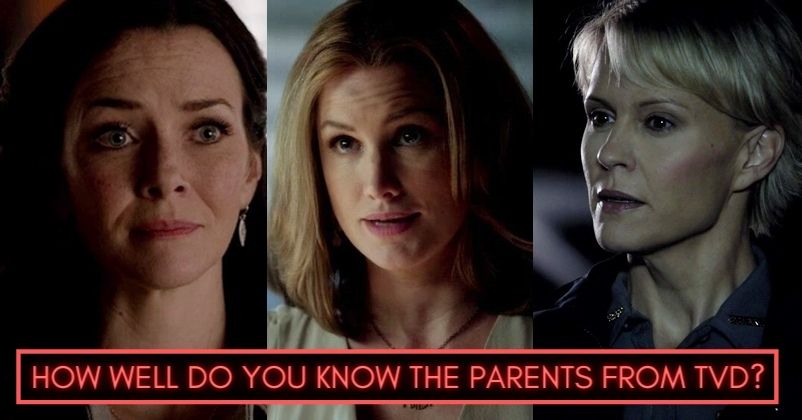 6 Interesting Facts About The Supernatural Cast That The Fans Don’t...