Humor Nation Make The World Smile
Home TV How Well Do You Know The Real Life Relationships Of TVD Characters?

Welcome back to Humor Nation. TVD has continued to remain one of the very popular supernatural shows in the world. The show is packed with supernatural drama and various creatures such as werewolves, witches, vampires, and various other kinds. TVD is set in the fictional town of Mystic Falls which is the epic-center of different kinds of supernatural activities. The show gave an opportunity to various new, upcoming actors who ended up making a great career for themselves. Even though the show is full of supernatural creatures who are nearly immortal, but the actors who play them are mere human. Unlike the show where various characters met the tragic ends, many of the actors ended up finding a happy life for themselves in the real life. Similar to the show, the actors also found various relationships in real life.

How Well Do You Know Paul Wesley AKA Stefan From TVD?

One of the biggest breakthrough stars from TVD was Nina Dobrev who started her mainstream career with TVD at the age of only 20. She is currently 32 years old. The actress did an amazing job of bringing the character of Elena Gilbert to life. Nina decided to quit the show after season 6 as she wanted to explore other projects.

Nina’s character on screen found love in Damon Salvatore who was played by Ian Somerhalder. Her real life wasn’t any different either. She dated Ian Somerhalder for a few years, but things didn’t work, and the couple separated. She is currently involved in a relationship with the popular Olympic Snowboarder Shaun White. As for Ian, he found his true love in the actress Nikki Reed. They married each other in 2015 and together they have a daughter named Bodhi who was born in 2017.

So Take This Quiz And Find Out How Well Do You Know The Real Life Relationships Of TVD Characters?

How Well Do You Know The Real Life Relationships Of TVD Characters?

Similar to the show, the actors also found various relationships in real life. Take this quiz to test your knowledge of the TVD's cast. 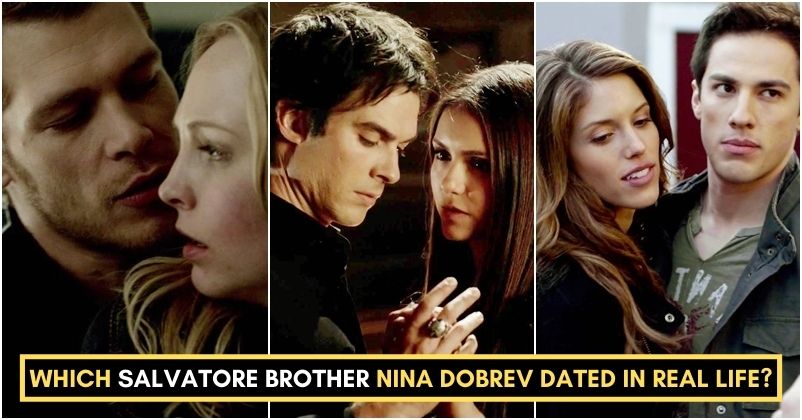