Humor Nation Make The World Smile
Home TV How Well Do You Know The Relationships Between The Originals?

Welcome back to Humor Nation. Due to the impact they left on the psyche on the TVD fans, the Original family were given their own personal show which explored their origin and family relationships in detail. Rebekah Mikaelson once said they are the most strongest creatures in the world, yet they are extremely damaged, beyond any repair. If you have seen TVD and the Originals then you know how true the statement is. The Mikaelson family was just an ordinary family in the beginning. The siblings played with each other, they ate together, and did everything that a normal family would do. But when tragedy befell on the youngest Henrik, the Mikaelsons were forced to undergo a transformation that changed their fates forever.

Mikael and Esther decided to turn their children into beings which came to be known as the vampires. They did what they had to in order to protect their family from losing any more members. But their one decision started a chain of events that changed everything in the TVD Universe. While Mikael and Esther’s had best intentions at heart, but the way they executed it, and what came further only distanced them from their kids who could never forget them.

Out of all the siblings, Klaus is the one who suffered the wrath of Mikael because Klaus was born out of Esther’s infidelity. Even though the innocent Klaus was not at fault, but the anger and abuse he received at the hands of Mikael broke him. Mikael was the one who forced Esther to perform the immortality spell on the children later began seeing vampires as abominations and started hunting them. He even hunted his own kids for centuries especially Klaus whom he held responsible for the demise of Esther.

Esther who performed the spell on her children also began seeing her created species as monsters and throughout her life, she tried eradicating them from the existence. She attempted to kill her own children. On Originals, she offered her children a chance to became humans again. She would place their soul inside the body of a witch and would cure their vampirism. She went on to torture Elijah in order to break him down, by making him aware of the Red Door behind which he had hidden all his monstrous acts and repressed memories.

So Take This Quiz And Find Out How Well Do You Know The Relationships Between The Originals?

So you like the Mikaelsons, huh? You think of yourself as a passionate fan? Think you know everything about them? Then take this quiz and find out. 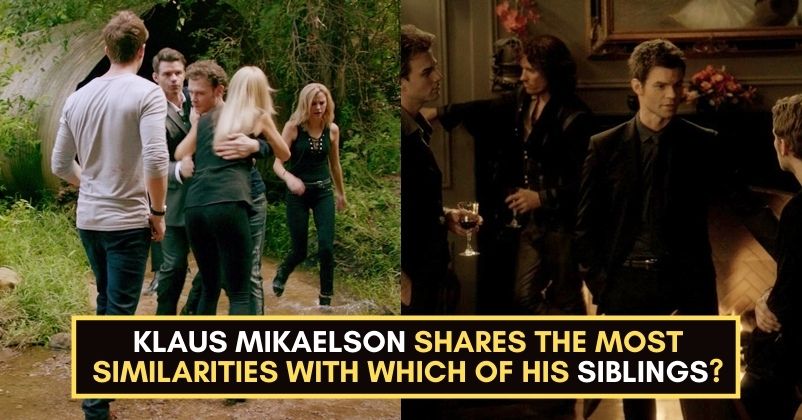