Home TV How Well Do You Know The Songs From Originals Finales?

Welcome back to Humor Nation. The Vampire Diaries came at a time when Vampires were hot and became a box-office draw thanks to shows like True Blood and The Twilight series. Although it first looked like that TVD was centered around the young female audiences, but later it showed that it had everything for everyone. It was the success of The Vampire Diaries which spawned the Originals which focused on Klaus Mikaelson and his Mikaelson siblings. Earlier a different spin-off was planned for The Vampire Diaries which was based on a paranormal investigation. But then they thought of continuing the Originals legacy and it was a better or the best decision by the makers.

Joseph Morgan’s portrayal of the cold-blooded Klaus Mikaelson in TVD impressed the fans so much that this fan-favorite ended up getting a spin-off show of his own ‘The Originals’. Although he started off as a villain in the TVD, his character has done many atrocities and also performed many heroic acts. This places him somewhere between a villain and an anti-hero. He later became a hero on the Originals.

Klaus was introduced as the villain of the show but we saw a soft side of him when he fell in love with Caroline. He did many things for her and helped her whenever in need, he knew that she’ll never love him for what he did but their chemistry was something we as viewers loved to watch on screen. We wished they came together but they shared a moment in season 4 and then nothing happened. Did you know that Ian and Paul refused to do a spin-off! People really hoped to see the two in the spin-off shows but the two had already said no to appearing in any spin-offs as they loved their character on Vampire Diaries and were not interested in playing small parts in those shows.

So Take The Quiz And Find Out How Well Do You Know The Songs From Originals Finales?

How Well Do You Know The Songs From Originals Finales?

So you think you are a big fan of The Originals and remember every tiny detail about all the season finales? Take this quiz and see if you can guess the correct name of the song. 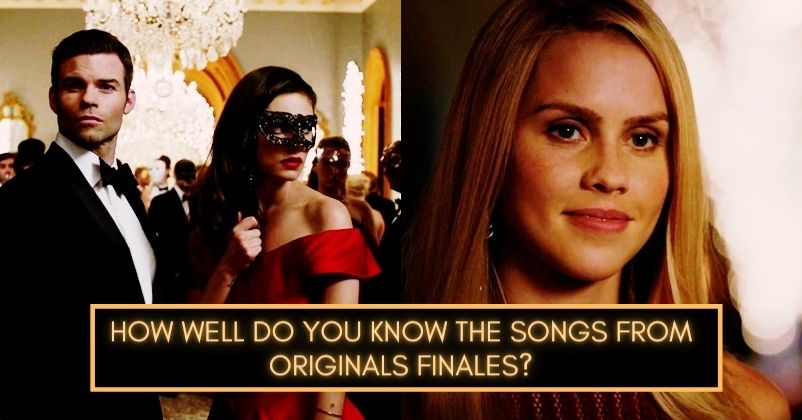 Which Werewolf Are You From The TVD Universe?

Take The Quiz And Find Out Which Teen Wolf Villain Are...