Humor Nation Make The World Smile
Home TV How Well Do You Know The Storylines Of Lucifer?

Welcome back to Humor Nation. Throughout the six seasons of the show. Lucifer has squared off against some of the powerful and dangerous villains, some threatened his very existence. In Season 1, the human Malcolm Graham who was resurrected by Amenadiel to do his bidding to kill Lucifer in order to send him back to hell becomes rogue. He gets a hold of the Maze’s demon daggers and ends up slicing Amenadiel, he also shot Lucifer who was in the vicinity of Chloe Decker which fatally wounded him, but his deal with the God brought him back to life. Ultimately, Lucifer was able to outsmart Malcolm which gave Chloe enough time to shoot him dead.

Season 2 of Lucifer saw the arrival of Goddess, mum of Lucifer who is extremely powerful. While she possessed Charlotte Richards and planned with her sons to return back to heaven where they would reclaim what’s theirs. This season also saw the arrival of Uriel who threatened Lucifer to send Goddess back to hell or he’ll harm Chloe severely. Lucifer was forced to kill his own brother to save his love Chloe. When he managed to gather all the items necessary for the Flamming Sword, Lucifer made a choice to not return back to heaven, but instead he sent his mother to a void universe as her powers were spreading more than the vessel could contain.

Season 3 is surprising one as it saw the world’s first murderer Cain coming into the lives of our beloved characters. Cain who took the identity of Marcus Pierce, conspired against Lucifer while remaining in the shadows. His original goal was to find a way to die, to end his curse once and for all. Later, Lucifer would assist him in finding a way to die in order to challenge his father. But down the line, Cain became attracted to Chloe and decided to keep living. He planned to kill Amenadiel, but his bullet killed Charlotte. In the final showdown, Lucifer managed to overpower and kill Cain.

Perhaps the most dangerous enemy that Lucifer has ever encountered is none other than his twin brother Michael who is responsible for the death of Dan, Chloe, and numerous other damages. His manipulation almost ruined the perfect life of Lucifer. He wanted to become the new God, but was defeated by Lucifer in the celestial war.

So Take This Quiz And How Well Do You Know The Storylines Of Lucifer?

How Well Do You Know The Storylines Of Lucifer?

Think you are a passionate fan of Lucifer who knows almost all about the storylines and seasons? Take this quiz to test your knowledge of the show. 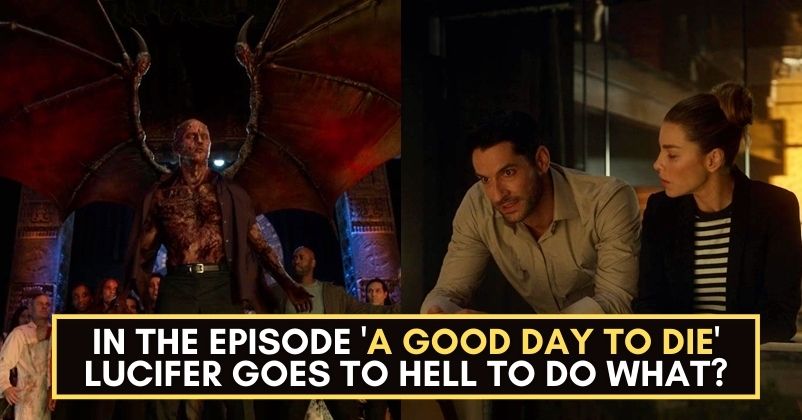