Humor Nation Make The World Smile
Home TV How Well Do You Know The Symbols From TVD Universe?

Welcome back to Humor Nation. TVD is a world of werewolves, vampires, witches. The show has all sorts of magic and witchcraft. Symbols which are extensively used by witches, they are the markings and seals which represent various kinds of magical concepts. Symbols are incorporated into the rituals usually, although they could at times also serve as the physical representations of the spells. There are numerous symbols, their design could differ from being simple to extremely complicated. They have a significant meaning attached to them, but that is not always the case. They can represent power, corruption, and could have various other meanings.

How Well Do You Know The Dark Objects From The TVD Universe?

One of the most popular symbols in TVD Universe in the Pentagram. This symbol is a representation of the five main elements, Fire, Air, Earth, Spirit, and the Water. Although we have seen the witches mostly use it to destroy a threat to strengthen their magic, but they can also be used by the others.

In the TVD Universe, we first saw Emily Bennett use this symbol to stop the vampires from being released from the tomb. Then we saw Esther use this when she attempted to reverse the Vamprism in her children, the Original Vampires. It is also one of the oldest symbols used by the witches, shown to be a part of the Brotherhood of the five. Many people believe this symbol to be associated with the evil actions and evil beings, but that is not the case, it is neutral. Whether it’s good or bad, depends on the purpose of the witch who uses it.

So Take This Quiz And Find Out How Well Do You Know The Symbols From TVD Universe?

How Well Do You Know The Symbols From TVD Universe?

Symbols which are extensively used by witches, they are the markings and seals which represent various kinds of magical concepts. Take this quiz to test your knowledge. 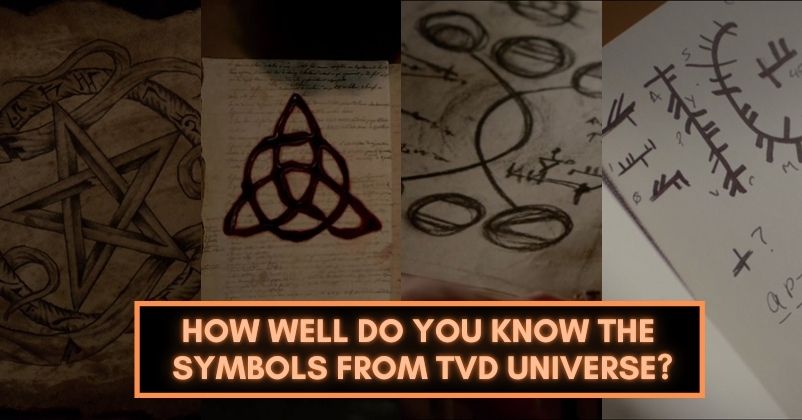