Humor Nation Make The World Smile
Home TV How Well Do You Know The Town Of Mystic Falls?

Welcome back to Humor Nation. A picturesque town which is located in the Central Virginia named as Mystic Falls. This town has a long history of witches, werewolves, vampires, and all kinds of Supernatural forces. Many historically significant events have taken place in this town. The town has a population of 6,923 people. This town is the hotspot of many supernatural places. It is also one of the few places where the non traditional magic had no effect. This means that the magical artifacts and the Supernatural species had no effect in the town. It was only when the Travelers cast a spell to undo the non traditional magic within the boundaries of this town.

How Well Do You Remember The Witches From The TVD Universe?

The history of the town dates back to the 1000 years back, during the time of Viking era when the Mikaelson Family heard of a land which blesses its inhabitants with the gift of strength and speed. So they left the place they lived due to the plague and due to the death of their child, and moved to the land which would later become known as the Mystic Falls.

When their youngest child ‘Henrik’ was killed as he discovered the secret of the werewolves. This prompted his mother Esther to create a race of vampires. The town is the birthplace of the Originals. Many centuries later this magical land was discovered by the Founding Families who named it Mystic Falls.

So Take The Quiz And Find Out How Well Do You Know The Town Of Mystic Falls?

How Well Do You Know The Town Of Mystic Falls?

When Elena said that 'nothing bad ever happens in Mystic Falls', she had no idea what was about to happen. TVD took place in the town of Mystic Falls and now the town lives through its successor series called 'Legacies'. Take this quiz and find out how well do you know this strange town? 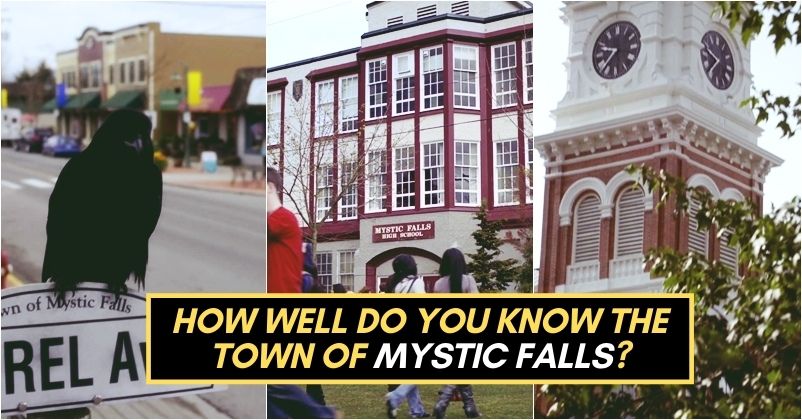