Welcome back to Humor Nation. The relationship between Tyler Lockwood and Hayley Marshall started off perfectly as Hayley helped Tyler in breaking free of the sirebond of Klaus. They became really good friends. But Hayley had an agenda of her own, she betrayed Tyler when she let the hybrids be killed by Klaus. She did it for Shane who promised her to tell her about her parents and heritage. Shane wanted the death of the hybrids as a part of the ritual which would raise Silas. Hayley would later return again and interacted with Klaus where she revealed that she messed up with Tyler.

Tyler Lockwood would make his debut in the Season one of the Originals where he kidnaps the pregnant Hayley and brings them to the Bayou. He tied her to a chair and revealed to her that he’s here to test a theory. He uses the baby’s blood and it turns a werewolf into a hybrid. Tyler says to Hayley that Klaus will try to recreate his army of hybrids using the baby. Hayley would escape Tyler while leaving him alone to confront an angry Klaus. Klaus easily manages to overpower Tyler even though Tyler pierces his heart using a stake, but it didn’t stop him. Klaus would spare Tyler and let him go.

Tyler Lockwood is the first successful hybrid created by Klaus. He was thankful to Klaus at first, but slowly he became frustrated after Klaus started treating him like a slave. He made him bite Caroline against his wishes. Tyler Lockwood was initially involved in a relationship with Vicki Donovan, but after triggering his curse and the death of Vicki, he fell in love with Caroline. But when Klaus killed his mother Carol and Caroline still held a soft corner for Klaus, telling Tyler not to seek revenge. It created a distance between the two, and they grew apart.

Tyler would later revert to an untriggered werewolf. In Season 8, he would die at the hands of Damon Salvatore who was mind controlled by Sybil. Tyler would return in the finale episode of TVD where he could be seen with Vicki, they both found peace in the end. Let us know your favorite Tyler moment?

So Take This Quiz And Find Out How Well Do You Know Tyler Lockwood From TVD?

So you think you are a big fan of The Vampire Diaries and you have the complete knowledge about all the characters? Take this quiz to find out how much do you really know about this handsome and muscular werewolf from the show. 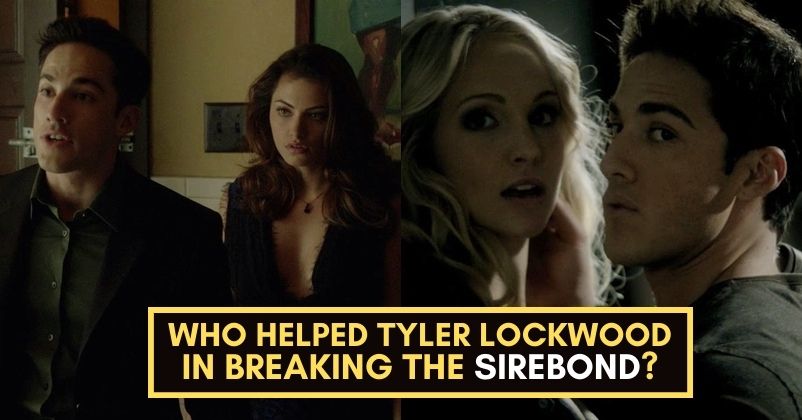