Welcome back to Humor Nation. The final episode of part 1 of Season 5 is titled as the Spoiler Alert. The episode ends with Lucifer on the ground after being shot by Dan while Chloe being in the vicinity. Chloe along with the viewers are made to believe that Lucifer might have died. But Lucifer suddenly wakes up. Chloe talks down Dan who is still in shock after learning the true identity of Lucifer, Chloe convinces him that he is not the evil devil that the world paints him to be. Chloe is curious as why the mojo swap happened and now Lucifer is feeling invulnerable again.

The Rose killer turns out to be Pete, the boyfriend of Ella. She is devastated and becomes scared to open her heart again because she believes that she only attracts happiness. At first it is believed that Pete is the one who abducted Chloe, but it turns out Michael is behind the disappearance.

Michael did it in order to plant a doubt in Chloe’s head, telling him that Lucifer is invulnerable around her again. This makes Chloe wonder if Lucifer does love her as he has also not said those three words to her. Michael also plants a doubt in the mind of Amenadiel by telling that Charlie caught cold which only means that he is a mere mortal and not an angelic being. He says things that agitates Amenadiel and he loses a grip on his powers resulting in freezing the time. A battle starts between the angel brothers.

The almighty God appears and orders his children to stop fighting as he hates when they fight. The brothers quickly put their fight aside. God has come to earth to spend time especially with Lucifer, to make up for all the time he missed with his son. At first, he finds it hard to connect with Lucifer as he keeps pushing his father away, telling him the damage cannot be undone, but they do unite and reconcile. When God announces that he is retiring, Lucifer at first feels excited that he can be new God, but later on he wishes that God would not leave, stay and annoy him. His father tells him that nothing lasts forever.

So Take This Quiz And Find Out How Well Do You Remember Lucifer S5 Finale ‘Spoiler Alert’?

How Well Do You Remember Lucifer S5 Finale ‘Spoiler Alert’?

So you think you are a big fan of Netflix show 'Lucifer' and remember every tiny detail about all the seasons? Take this quiz and check your knowledge about the finale episode titled 'Spoiler Alert' of Season 5. 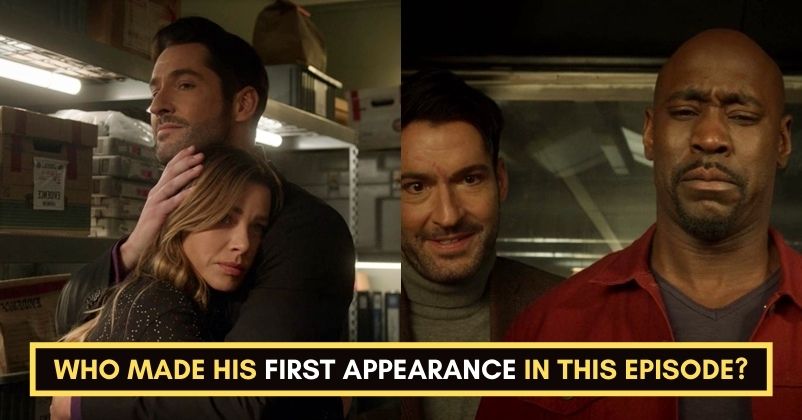