Humor Nation Make The World Smile
Home TV How Well Do You Remember Salvatore: The Musical! From The Legacies?

Welcome back to Humor Nation. Salvatore The Musical is an episode from the third season of the Legacies which focuses on the students of the Salvatore School preparing a musical performance centered around the Salvatore School founders. The episode starts with Hope who is sitting in the office of the new guidance councilor to talk about her recent behavior and how she is processing her breakup. She is asked about the attack on Jed, Hope reveals that it was an accident, but she is unapologetic as the students were making fun about Klaus so her magical energy came out due to her anger.

This is the first episode where the character of Caroline Forbes makes her first appearance, actually it’s her uncredited voice that makes the appearance. She is one of the few actors who is now a part of all the three shows set in the TVD Universe. This is also the first episode since the TVD finale that mentions Damon, Stefan, and Elena. The episode also makes an indirect reference to the infamous Katherine Pierce.

The musical becomes a big hit at the School. It narrates the famous Mystic Falls story, beginning with the deaths of Elena’s biological parents and then her passionate love triangle with the Salvatores. The audience is in awe while Hope refused to watch any of it. When Dr. Goodfellow ends up snapping the arm of Josie, leaving her unable to perform, Hope is convinced by the Goodfellow to be a part of the act. She ends up playing the character of Elena and she tells Landon how much she loves him.

Hope Mikaelson has finally become the vampire, the true tribrid, the only loophole created by the nature. After she is forced to kill her love, she shuts off her humanity to not deal with her emotions. This results in her losing interest of people around her. She ends up attacking Alaric to inform everyone to not come after her. She embraces her true nature, calls herself the daughter of Klaus Mikaelson, and takes a pride in it. Her aunt Rebekah returns to help her, but she rejects her, cuts her off from her life. Hope also expresses as how she’s the reason why her father died.

So Take This Quiz And Find Out How Well Do You Remember Salvatore: The Musical! From The Legacies?

How Well Do You Remember Salvatore: The Musical! From The Legacies?

So you think you are a big fan of Legacies and remember every tiny detail about all the seasons? Take this quiz and check your knowledge about the episode 'Salvatore: The Musical!' from Season 3? 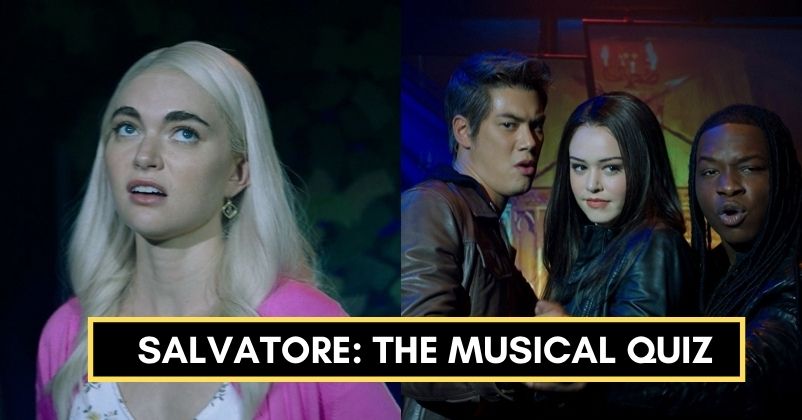