Home TV How Well Do You Remember Season 1 Finale Of Riverdale?

Welcome back to Humor Nation. The season 1 of the Riverdale starts with the murder mystery of Jason Blossom. His sister Cheryl Blossom tells the police that he drowned in the river while trying to retrieve her glove. Meanwhile the various characters of Riverdale has their own different stories going. Archie has discovered his love for music. While Betty wants to confess her feelings for Archie. A new student arrives at the Riverdale High in the form of Veronica Lodge. Archie feels attracted to the Veronica. Meanwhile the police investigation raises many questions and Cheryl ultimately tells what actually happened to Jason. Archie’s former bestie, Jughead begins writing a novel retelling the various evens that happened during the summer in Riverdale such as what happened between Archie and him. Moose and Kevin come across the dead body of Jason who apparently was shot in the head. The finale was surprising.

10 Interesting And Unknown Facts About Cheryl Blossom From Riverdale

Riverdale Season 1 focused around the murder mystery of Jason Blossom and the finale tying up all the loose ends. The finale of the season saw the big revelation why Jason was shot dead and the identity of his killer is revealed. Jason was killed by Clifford because Jason found out about his drug business. And Clifford had to kill him in order to stop him from exposing the dirty secrets of the family business. When Cheryl comes to know about his father’s secrets, she is so devastated that she drowns herself in the Riverdale Sweetwater, but she is saved b Archie. FP Jones gets cleared of all the charges.

So Take The Quiz And Find Out How Well Do You Remember Season 1 Finale Of Riverdale?

How Well Do You Remember Season 1 Finale Of Riverdale?

So you think you are a big fan of Riverdale and remember every tiny detail about all the seasons? Take this quiz and check your knowledge about the finale of Season 1. 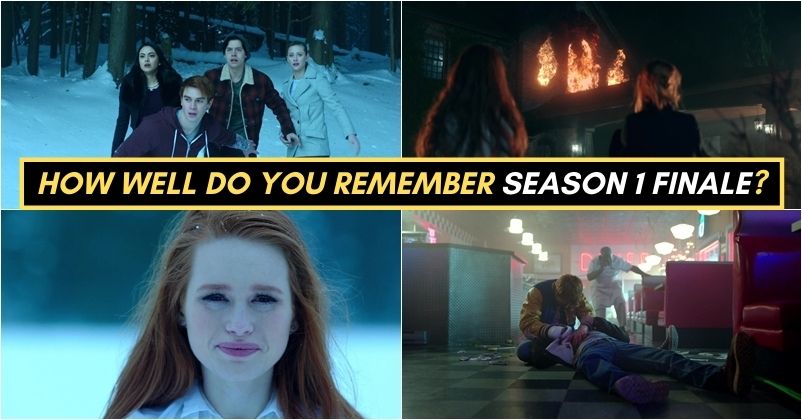 10 Times We Loved Damon In The Vampire Diaries

How Well Do You Remember Season 2 Of SuperGirl?

How Well Do You Know Kara Danvers From SuperGirl?