Home TV How Well Do You Remember Season 1 Of Teen Wolf?

Welcome back to Humor Nation. Season 1 of Teen Wolf aired on 5 June, 2011 and it ended on 15 August, 2011. It consisted of 12 episodes and the series is based on the 1985 cult movie of the same name. Tyler Posey plays the character of Scott McCall, an average teenager who is living with his single mom and suffers from Asthma. One night Scott and his best buddy Stiles, son of the local Sheriff, learn about the local police finding a half corpse. They decide to find the remaining half and they go into the woods. While searching for the corpse, Scott is attacked and bitten by something which turns out to be a werewolf.

Top 10 Most Hated Characters From The Teen Wolf

This werewolf bite gives Scott everything that he ever wished of, with his lacrosse abilities, he acquires supernatural abilities and skills, he even gets a date with his dream girl. But these powers come with a great responsibility and a downside. Scott tries to control his new werewolf powers..

Soon Scott and Stiles come across Derek Hale, a beta werewolf and learn that the second half of the missing corpse was actually Derek’s sister. Through Derek, Scott also learns about the Alpha werewolf who bit him. Alpha werewolf is the most powerful of all the werewolves and lately he is on a murdering spree. Scott then decides to protect his friends and loved ones from all the dangers of his supernatural life.

Take The Quiz And Find Out How Well Do You Remember Season 1 Of Teen Wolf?

How Well Do You Remember Season 1 Of Teen Wolf?

So you think you are a big fan of Teen Wolf and remember every tiny detail about all the first season? Take this quiz and check your knowledge about season 1 of Teen Wolf. 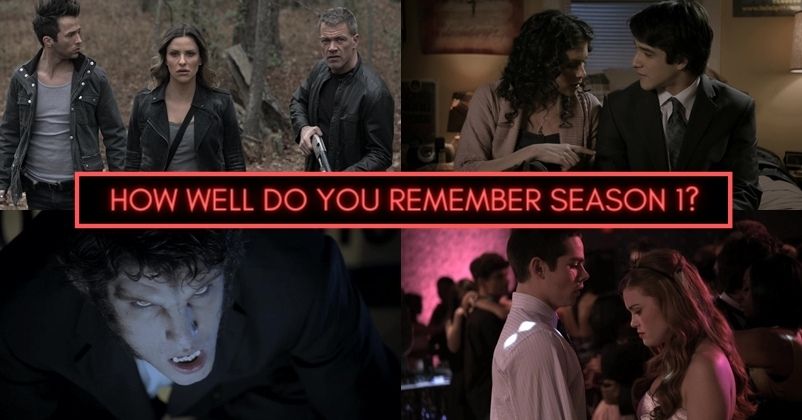 Take This Quiz And Find Out Who Is Your True Soulmate...

How Well Do You Know The Relationship Between Klaus & Elijah...

Pick Or Pass On These Diner Foods And We’ll Tell Who...