Humor Nation Make The World Smile
Home Quiz How Well Do You Remember Season 1 Of The Vampire Diaries?

If you think you are a fan of the show then take this quiz and check your knowledge of the show. Only a real fan of the show would be able to recall the plot of season 1 without any trouble. It was season one is where it all began and hence it is probably the most important season of the TVD series. If you cannot pass this quiz then don’t you dare call yourself a true TVD fan.

Right in episode one, we see the main characters Elena and Stefan run into each other and are intrigued by each other’s personality. Who would have known that these two will span on a journey of a lifetime, everything in their lives will be changed after meeting each other. Every fan thought that these two will end up with each other but little did we know that they are not meant to be together. Tragic, but in the end, it’s all good. So how much did you score on this The Vampire Diaries Season 1 quiz? Don’t forget to share this trivia quiz with your TVD friends.

So Take The Quiz And Find Out How Well Do You Remember Season 1 Of The Vampire Diaries?

How Well Do You Remember Season 1 Of The Vampire Diaries?

Think you remember all Seasons of TVD perfectly? This quiz is for you! Take it and test your knowledge of the first season of TVD. 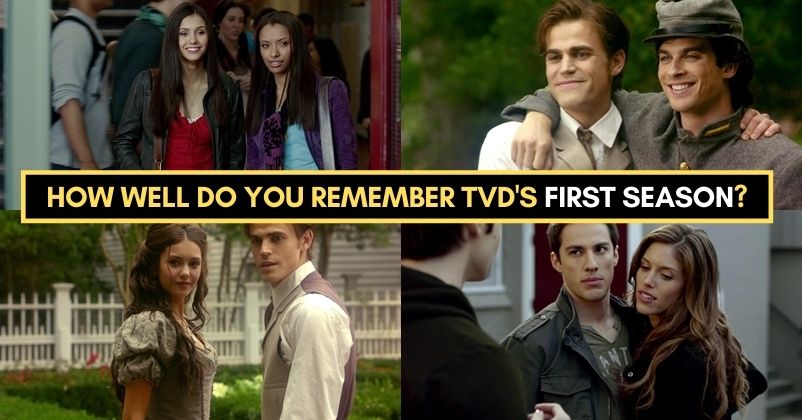