Home Quiz How Well Do You Remember Season 2 Of Lucifer?

Welcome to Humor Nation. The second season of Lucifer premiered on 19 September 2016 on the FOX Network. The second season of the show witnessed the arrival of the Goddess, the one-half of the creator of the Universe. She is the god’s ex-wife and mother of all the angels. She also played the role of an antagonist in season 2.

Lucifer’s mother finds herself awakened in a human body. She shows up at the door of Lucifer and explains the entire story. Lucifer believes her mother killed humans, but later the investigation proves that her mother’s vessel Charlotte was a victim. Once the case is closed, Lucifer chastises her mother for abandoning him and not intervening when God banished Lucifer to hell.

Lucifer later decides that Goddess should be punished by letting her stay in the human form, she always despised humanity. Amenadiel says that Lucifer deciding to let Goddess stay is not fulfilling the deal which he made with God and if God would accept this half of the bargain. Soon the Goddess powers start overwhelming her human vessel that it cannot contain her. The finale saw Lucifer using the flaming sword to open a rift outside the universe where his mother can stay. A place where she can create her own universe and free from all kinds of influence from God. Once her mother leaves the vessel, the real Charlotte is revived who actually died in the first episode of the season.

So Take This Quiz And Find Out How Well Do You Remember Season 2 Of Lucifer?

How Well Do You Remember Season 2 Of Lucifer?

With Lucifer's fifth and final season announced and on the horizon, put your knowledge of the second season to the test and see if you're as big a fan as you thought you were. 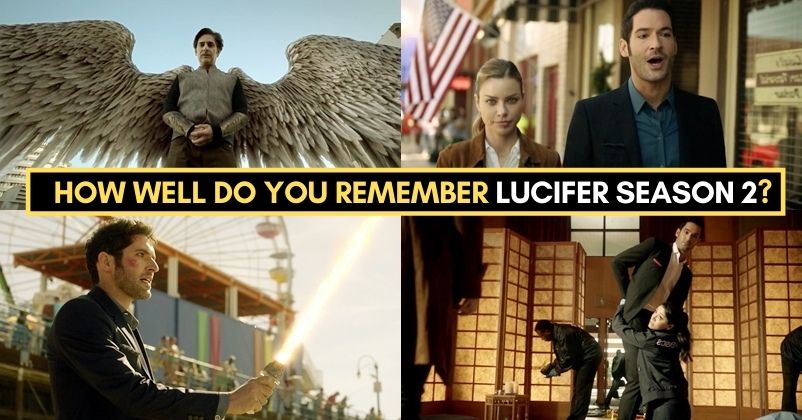 So how well did you perform on this Lucifer season 2 quiz? Also, we would like to know what’s your favorite moment from Season 2 of Lucifer? Share it with us by commenting below.

Find Out Which Demon From Supernatural Are You?

Find Out If You Will Survive In Supernatural Universe Or Not

How Well Do You Know Sterek From Teen Wolf?

Find Out Which Teen Wolf Family Do You Belong To?