Home TV How Well Do You Remember Season 6 Of Teen Wolf?

Welcome back to Humor Nation. Teen Wolf is a supernatural drama which is created by Jeff Davis and is inspired from the 1985 movie of the same name. The sixth season is split into two arcs of ten episodes which followed the format of the 3rd season. Our main characters Stiles, Scott, Martin, Lydia and the rest of the pack are returning back for the second semester of second year at Beacon Hills High School. Everyone is feeling anxious and emotional as they are moving closer to their graduation and soon will part ways with their beloved friends. But their final semester won’t go without a trouble. Teen Wolf season 6 premiered on November 15, 2016.

First episode starts with a supernatural force which enters the town of Beacon Hills and it crosses paths with Scott and his pack. Hayden and Liam find a boy named Alex whose parents have been disappeared. The gang visits Alex’s house and learns that Alex’s parents have been erased from existence by men on the horseback who are known as the Ghost Riders. Anyone who has seen them becomes a future target of the Ghost Riders and will be erased from the existence.

So Take The Quiz And Find Out How Well Do You Remember Season 6 Of Teen Wolf?

How Well Do You Remember Season 6 Of Teen Wolf?

The final season of the TV series "Teen Wolf" premiered on MTV on 15 November, 2016 and the finale aired on 21 January, 2017.  Take this quiz to test how well do you remember the final season.

"Those who see the wild hunt beware, for you are already lost..." 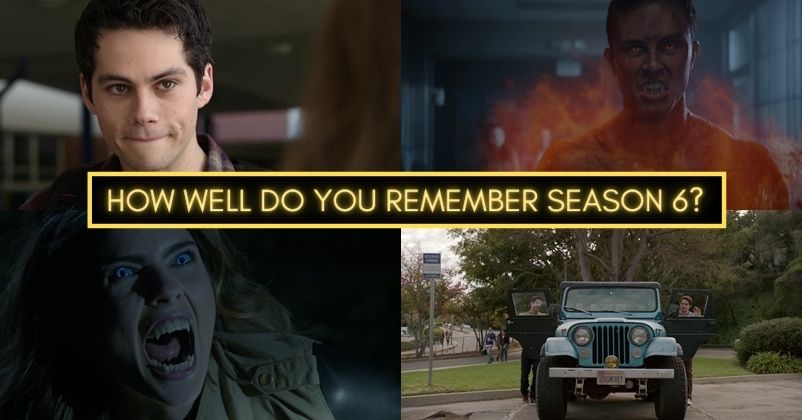 So how much did you manage to score on this season 6 quiz? Don’t forget to share this Teen Wolf quiz with your friends.

Find Out Who Is Your TVD Birthday Star?

Find Out Which Couple Are You From The Lucifer?