Home TV How Well Do You Remember The Final Episode Of The Vampire Diaries?

Welcome back to Humor Nation. The finale episode of the Vampire Diaries is titled ‘I Was Feeling Epic’. The main villain of this episode is Katherine Pierce. Katherine who took control of the hell and manipulated Cade to do her bidding. This episode also marks the return of Nina Dobrev as Elena Gilbert who was last seen in the Season 6 finale where she was placed in a magical coma after Kai linked her life with Bonnie. Waking up Elena would mean killing the Bonnie, however Bonnie found a way to undo the spell and wake up Elena.

Ranking The 6 Most Powerful Vampires In The TVD Universe

Katherine Pierce poses as Elena and tells the brothers that she’s back due to the death of Bonnie. But Damon figures out that it’s Katherine, they inquire about the location of Elena’s body, but she refuses to answer. Stefan stabs Katherine with a bone dagger which sends her to hell, but she returns back to life in a while. She had devised a plan to destroy the entire fals with the help of Vicki and the hellfire. However, Bonnie and the Bennett ancestors managed to turn the hellfire towards the armory.

The finale episode of Vampire Diaries features several callbacks to the pilot episode. We see Elena Gilbert writing in her diary in the Cemetery when a crow flies over her head similar to how Damon approached her in the pilot episode in the crow form. After living a long happy life, Damon and Elena are reunited with their loved ones in the afterlife. Damon would reunite with Stefan at the Salvatore Boarding House where he greets him with ‘Hello Brother’ which were Damon’s first words in the pilot episode.

With Stefan dying in the hellfire, Damon being turned into a human after injection with the cure, Enzo already dead, Caroline is left as the only vampire alive. She would later transform the Salvatore House into a School for the supernatural children with the help of Alaric. She receives a letter from Klaus offering her the financial aid needed to run the institution. Matt Donovan would go on running for the position of Mayor of the Mystic Falls.

So Let’s Take A Look At How Well Do You Remember The Final Episode Of TVD?

How Well Do You Remember The Final Episode Of TVD?

This episode was the season 8 finale and it was the 171st overall. The episode received an extremely positive reaction from the fans and critics, calling it the perfect finale of a hit series. Test your knowledge and find out how well do you remember this episode? 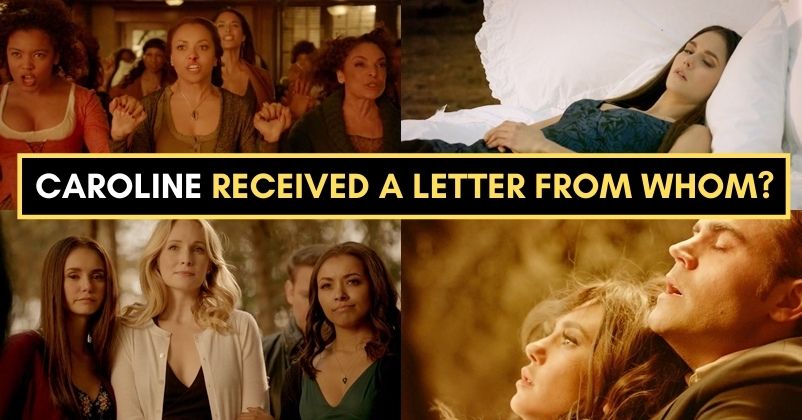 Only A True TVD Fan Can Complete These Klaroline Quotes

Find Out Which Angel From ‘Lucifer’ Are You Actually?