Humor Nation Make The World Smile
Home TV How Well Do You Remember The First Episode Of The Originals?

Welcome back to Humor Nation. The Originals is a spin off of the TVD which centers around the Mikaelsons who are the most powerful vampires in existence. The show aired its first episode on 3 October 2013. The first episode is told from Elijah Mikaelson’s perspective. The story starts 300 years ago when Rebekah, Klaus, and Elijah arrive at the French quarter which is located near the Mississippi River along with their siblings Kol and Finn who are kept daggered in their coffins. The story then shifts to the present time when Klaus Mikaelson has returned to New Orleans after he receives a letter threatening him. Elijah also leaves to find about his brother. But he comes across the witch who called Klaus back to New Orleans.

How Well Do You Remember The Final Episode Of TVD?

Jane Anne Deveraux is the witch who called Klaus back to New Orleans. Her sister Sabine who is also a witch tells Elijah that she tried doing magic, but the magic has been banned in New Orleans by Marcel Gerard. Jane called Klaus in order to get his help in getting rid of Marcel who is harming the witches. Elijah also comes to find out that Hayley is pregnant with Klaus’ baby. He sees this child as a new hope for their Mikaelson family, a means of redemption.

The episode ends with Klaus daggering Elijah because he made a deal with Marcel that he will give him Elijah. This is a way to win the trust of Marcel so he could take back his city back.

So Take This Quiz And Find Out How Well Do You Remember The First Episode Of The Originals?

So you think you are a big fan of 'The Originals' and remember every tiny detail about all the seasons? Take this quiz and check your knowledge about the Season 1 of The Originals. 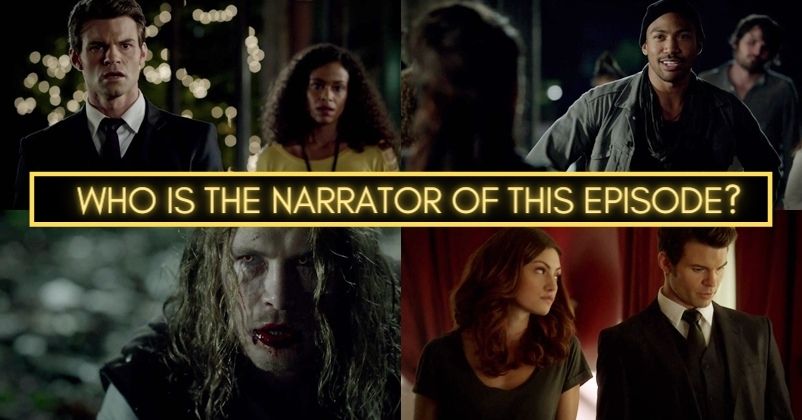