Humor Nation Make The World Smile
Home TV How Well Do You Remember The First Episode ‘Wolf Moon’ Of Teen...

Hello Readers! Welcome back to Humor Nation. Teen Wolf premiered on 5 June 2011 and the pilot episode of the show was titled ‘Wolf Moon’. The episode starts with Police Cruisers filled with Sheriff Deputies of Beacon County pulling in to the Beacon Hills Preserve. They have big flashlights and the search dogs, they are looking for something. Then the scene shifts to the McCall House where we see Scott McCall restringing the net on his lacrosse stick. He then does some pull-ups and heads to the bathroom to wash his face and brush his teeth. He then hears a noise outside which prompts him to grab a baseball bat and go out to look for the sound. Stiles Stilinski suddenly shows up in front of him and he asks why Scott has a bat.

Stiles then reveals to Scott that his father along with the state police force are looking for a body in the wood. He says that they are looking for a young female’s body after some joggers came across the first half of it in the woods. The boys get into the Stile’s Jeep and they head to the preserve. They get into the wood to search for the body themselves, Scott hesitates and says no.

Wolf Moon received around 2.17 million viewership. The first season of the show consisted of 12 episodes.

So Take This Quiz And Find Out How Well Do You Remember The First Episode Titled Wolf Moon Of Teen Wolf?

How Well Do You Remember The First Episode Of Teen Wolf?

It has been almost 9 years since the first episode of Teen Wolf aired. But if you're a true fan then you won't fail in this quiz, so let's get started! 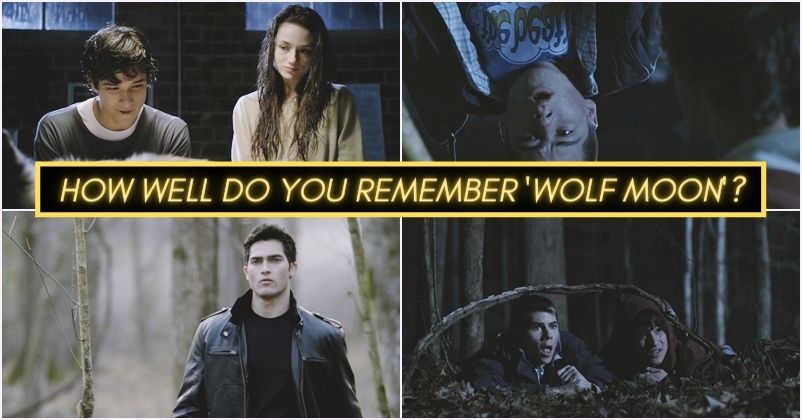