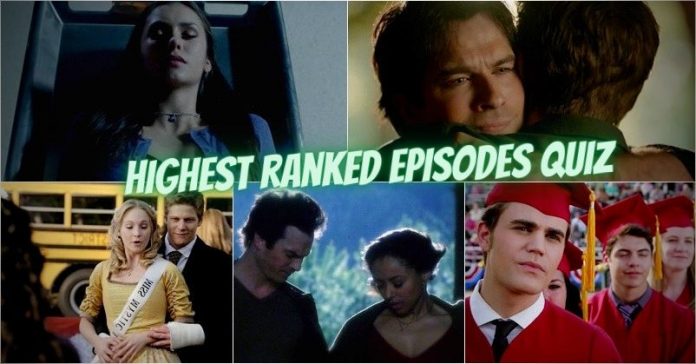 Welcome back to Humor Nation. TVD ran for 8 seasons which featured 171 episodes. Now everyone has their own favorite episode, it’s a matter of subjective opinion. but there are objective measures for comparison too. One such way is IMDB ranking which is a widely agreed parameter of popularity and favourableness. Now there are various things that makes an episode amazing, the story-line, emotional moments, surprising twists and turns. TVD ended in 2017, but it still remains one of the popular series on Netflix. You have handsome men, beautiful women, complicated love triangles, vampires, werewolves, and all sorts of supernatural creatures.

How Well Do You Remember Important Elena Episodes From TVD?

The highest IMDB rated TVD episode is ‘The Departed’, the episode featured Elena dying in a car crash where she asks Stefan to save Matt first. We also see a flashback which reveals that Damon Salvatore met Elena much before Stefan, but he compelled Elena to forget the memory of their interaction. The episode ends with a cliffhanger which sees Elena Gilbert waking up from the dead.

Another highest rated TVD episode is the Season 8 finale ‘I Was Feeling Epic’ which concluded the stories of our beloved characters. The episode had all the elements of greatness and entertainment. We see Bonnie saving the day with the help of her ancestors. Stefan Salvatore sacrificed himself in place of Damon and gave him his shot at life. Damon and Elena lived a happy life thereafter. We even saw the dead characters making a cameo in the finale. Elena is reunited with her family in the afterlife and the Salvatores also find the peace.

So Take This Quiz And Find Out How Well Do You Remember The Highest Ranked TVD Episodes?

How Well Do You Remember The Highest Ranked TVD Episodes?

TVD ran for 8 seasons which featured 171 episodes. Now everyone has their own favorite episode, it's a matter of subjective opinion. Take this quiz to test your knowledge of the highest rated IMDB episodes. 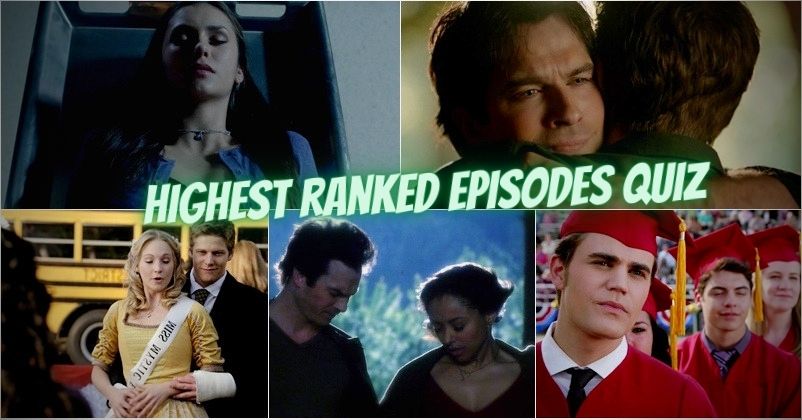