Humor Nation Make The World Smile
Home TV How Well Do You Remember The Last Words Of The Supernatural Characters?

Welcome back to Humor Nation. Supernatural is a show where the characters meet their end sooner than later. Demise of fan favorite character is something Supernatural notorious for. It’s perhaps the only show where even a main character has met their demise over hundred times and each time is as emotional as ever. Supernatural revolves around different sorts of supernatural creatures, but the main theme is always about the complicated relationship between the brothers.

Supernatural Behind The Scenes Stories That Are Very Entertaining

Over the fifteen seasons of the show, the brothers formed friendships and relationships with numerous other characters, and most of them ended up meeting their end. But it’s not their demise which broke the hearts of the fans, but the manner in which it happened which had a great impact. The last words of the characters have an important significance. Often times, it sums up their character as they show who they are in their final moments, and at times they are unexpected about what’s next to come. And not everyone is prepared and ready to live this earth.

Some of the demises are where a character knew their end is near. They didn’t flinch, accepted the death in a courageous way. Take for example, Crowley, he started off as a minor villain and then transformed into the primary antagonist. But slowly, his attitude towards the Winchester changed. He became helpful and proved to be very resourceful at times. Crowley sacrificed himself in Season 12 finale. Nobody saw it coming and it was a good conclusion to his character. His last words ‘Bye Boys’ were emotional and connected with the fans. Crowley’s signature catchphrase of ‘Hello Boys’ while addressing the Winchesters is well known. The journey from ‘Hello Boys’ to ‘Bye Boys’ is an evidence of one of the best character transformation arcs in SPN.

So Take A Look At How Well Do You Remember The Last Words Of The Supernatural Characters?

How Well Do You Remember The Last Words Of The Supernatural Characters? 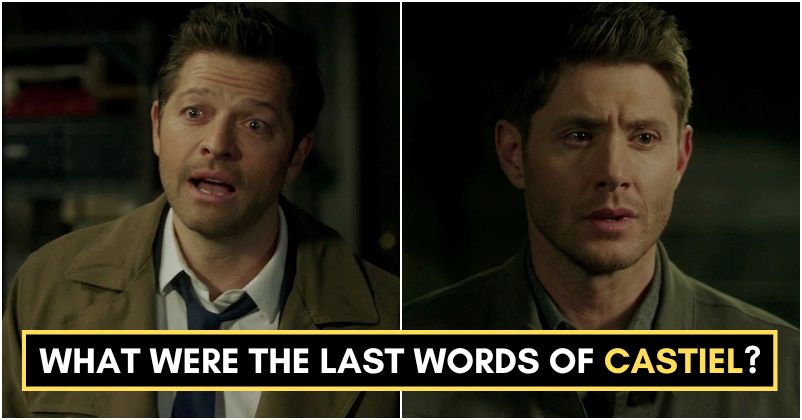