Humor Nation Make The World Smile
Home TV How Well Do You Remember The Nicknames From The Originals?

Welcome back to Humor Nation. The Originals have plenty of amazing characters, while these characters have their given names, but they also have some entertaining nicknames given to them by other characters. While the Mikaelsons are powerful creatures, but there have been times when they were pushing into a corner and their limits were tested. We have seen various villains on the show, but some of them proved to be too much for our favorite heroes. Villains such as Esther, Dahlia, Lucien, and Hollow really overpowered the Mikaelsons. Lucien met Klaus around thousand years ago when the Originals killed some nobles who were traveling to Tristan De Martel’s father’s castle.

5 Moments When Klaus Mikaelson Wore His Heart On The Sleeve

Lucien was the last remaining survivor among the group. He was smart enough to strike a deal with the Mikaelsons that he would help them in getting inside the castle disguised as the nobles if they spare his life. Lucien has been in love with Aurora for so long so when he saw Klaus with Aurora, he despised him. One day, Tristan discovered Aurora and Lucien, he beat up Lucien so bad that he was dying. Klaus healed him with his blood. So when Lucien died, he came back as a vampire. Later on, Elijah compels Lucien to believe that he is Klaus in order to save themselves from Mikael who had come seeking them. Lucien ran along with Tristan and Aurora until the compulsion was broken after a century.

Lucien returns to New Orleans and befriends Klaus in order to protect his sireline as his life depended on it. However, turned out he was working with Tristan and Aurora and they all conspired against the Mikaelsons. Lucien even prepared a serum that turned him into an upgraded Original, must powerful than the Original Vampires. He exacted his revenge by biting Finn and Cami who died due to the Werewolf venom. However, the Mikaelsons were able to defeat him, but in the cause they lost Davina.

Alexis prophecy of the fall of the Mikaelsons ultimately came true when Marcel took the serum and transformed into an upgraded original after his death. He kept Klaus his captive and rest of the family were neutralized due to the werewolf venom and poison.

So take This Quiz And Find Out How Well Do You Remember The Nicknames From The Originals?

How Well Do You Remember The Nicknames From The Originals?

So you think you know everything about 'The Originals'? It is time to put your knowledge to test. This quiz will check how well do you remember the nicknames of The Originals characters. 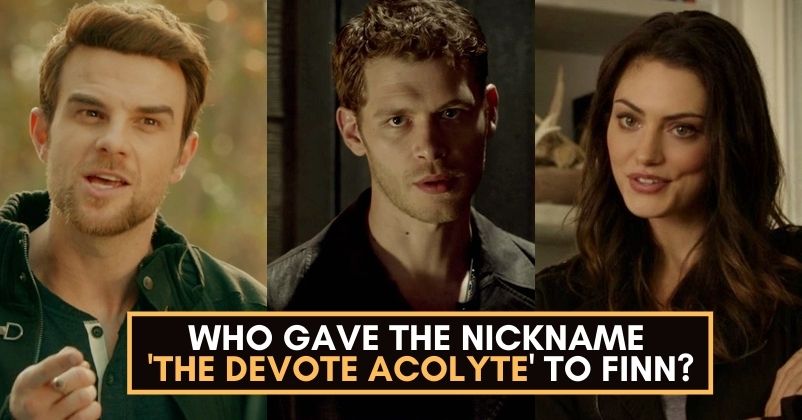