Humor Nation Make The World Smile
Home TV How Well Do You Remember The Nicknames In Vampire Diaries?

Welcome back to Humor Nation. After transforming into a vampire, Damon decided to leave Stefan as he hated him for betraying him and turning him into a vampire. He knew that Katherine is alive and wanted to pursue her without letting Stefan know. When he returns, he confronts Stefan and taunts him. It is pretty evident from his actions in Season 1 that he is arrogant and considers no value to any life other than his own. He saw Vicki and Caroline just as toys and preyed on them for his own self pleasure. Damon hunted innocent humans in Season 1 which showcased his deviant and sadistic side. His self destructive behavior caused troubles not only to himself, but to everyone around him. His only goal was to free Katherine from the tomb, but once he found out that she was alive, he was heartbroken.

5 Things That You Should Know About Lauren Cohan

Damon has a great choice of hilarious and witty nicknames for everyone on TVD. The character of Caroline Forbes was introduced as an insecure and attention seeking girl who always tried besting her friend Elena Gilbert. There wasn’t something special or unique about her. But once she was transformed into a vampire, she had a shift in her personality, she found confidence and belief in herself through her vampiric abilities. Damon Salvatore has given the nickname of Vampire Barbie, Vampire Blondie to her.

Once Caroline became a vampire, she proved to be useful to Damon and he also acted kind towards her. After becoming a vampire, she remembered all the things Damon did to her. Damon even tried killing her, but Stefan and Elena were against it, and foiled his plan. What is interesting is that it was the blood of Damon Salvatore that transformed her into a vampire. They worked together on several occasions in Season 2, Damon even tried helping Elizabeth Forbes in accepting the fact that her daughter is a vampire now. Their relationship improved and they became friends. However, Caroline was still against the idea of Elena and Damon dating in Season 4, she disliked it, and supported the ship Stelena. However, later she became comfortable around the idea of Elena/Damon dating.

Damon Salvatore has a wide collection of nicknames for everyone. He gave the nickname ‘Barbie Klaus’ to Rebekah, ‘Wolf boy’ to Tyler Lockwood, he has given the names such as  Buffy, Scaredy Cat, and a Warrior Princess to Elena Gilbert.

So Take This Quiz And Find Out How Well Do You Remember The Nicknames In Vampire Diaries?

How Well Do You Remember The Nicknames In Vampire Diaries?

So you think you know everything about 'The Vampire Diaries'? It is time to put your knowledge to test. This quiz will check how well do you remember the nicknames of TVD characters. 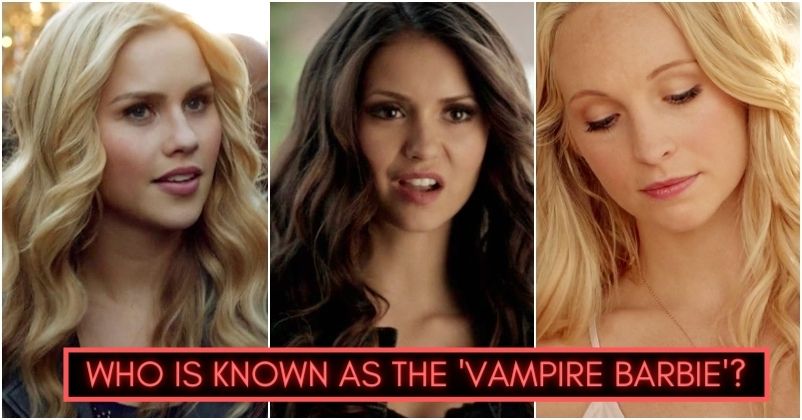