Humor Nation Make The World Smile
Home TV How Well Do You Remember The Saddest Moments From TVD?

Welcome back to Humor Nation. The Vampire Diaries witnessed many deaths on the show and most of the deaths broke our heart while some deserved to die. Those death scenes carried so much emotional weight that almost all the viewers cried. So today some of the saddest and most heartbreaking moments from the show. Jenna Sommers was Elena and Jeremy’s guardian after their parents’ death and she really took care of the both like her own. She was more like a friend than a parent to them and when she was turned and killed during Klaus’s sacrificial ritual, we really felt bad and emotional.

Did It Happen In The Vampire Diaries On In Teen Wolf? Quiz For Real Fans

Liz Forbes was an honorable character on the show and was Damon’s best friend and Caroline’s mother. She was a much-loved character on the show for many seasons as she protected everyone no matter what. But she died of cancer and we as viewers just drowned in our tears. Lexi’s death really crushed the viewers because she was a very happy character and Stefan’s best friend who always did good for others, unlike another vampire. She was a good soul who was killed by Damon in the first season, we really wanted to see more of her.

Stefan death was the saddest death during the whole journey of The Vampire Diaries. We were really shocked he died in the hellfire with Katherine while saving his town and brother. That emotion can’t be explained and he was the most lovable character on the show. So which TVD moment do you think is the most saddest? Let us know in the comments.

So Take This Quiz And Find Out How Well Do You Remember The Saddest Moments From TVD?

Over the course of eight seasons of TVD, we witnessed many heartbreaking moments. Nobody was spared from a broken heart in the TVD Universe. The saddest moments made our eyes teary. Take this quiz to test your knowledge of the saddest and heartbreaking TVD moments. 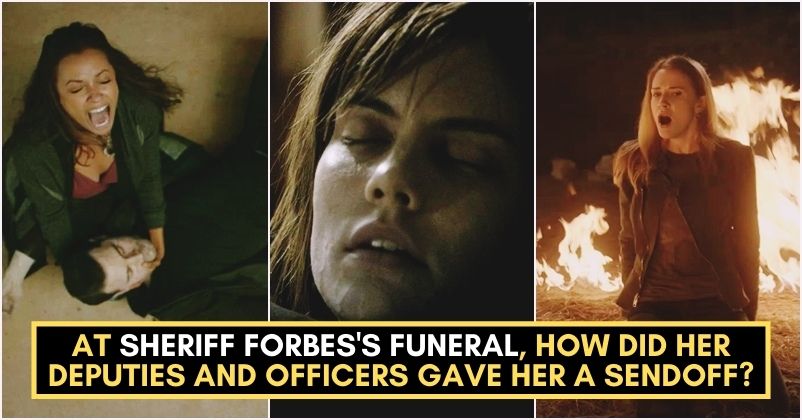