Home TV How Well Do You Remember The Season Finales Of TVD (S1-S8)?

Welcome back to Humor Nation. The finale episode of a season is the climax point of the story, it is when old stories are concluded and new ones begin in a surprising fashion. A season finale also features several significant events that could affect the storyline in a major way. The Vampire Diaries never failed to deliver in its finale episodes, while every season featured numerous twists and shocking cliffhangers. Undoubtedly, many people believed Season 3 ‘The Departed’ to be the best TVD finale ever.

How Well Do You Know The Town Of Mystic Falls?

Season 3 had numerous things going, the Mikaelson family is on the move, the love triangle is in the full swing, and it’s time to conclude these storylines without really ending it. The Originals received a wide appreciation from the fans, it was their success which resulted in the spin-off series. Originally Klaus was supposed to die, but the love of the fans changed everything. As a result, Klaus survived despite being daggered with the White Oak Stake. Bonnie placed the soul of Klaus in the body of Tyler Lockwood. However, the death of Klaus forced Rebekah to cause an accident which resulted in Elena Gilbert and ultimately transforming into a vampire. Ever since the show began, many fans wondered when we would see the vampire version of Elena. The creators surely made it happen in the most surprising way.

Season 8 was the final the time we would see our beloved characters on the screen. There were big expectations with this season finale, to end the saga in the most perfect way possible. The creators surely didn’t disappoint and presented us with a satisfying finale, filled with twists and turns. The final episode also featured Elena/Katherine as Nina Dobrev returned for the swan song.

I Was Feeling Epic is quite a polarizing finale. As some fans were disappointed with the ways the creators handled the ending of Stefan, getting him married only to making him die the next. While some fans were extremely pleased as their favorite ship got a happy ending. Other minor characters such as Vicki, Enzo, Tyler also got the endings they deserved. The season ended on a positive note, presenting us with a sneak peek of the future journeys of our beloved characters.

So Take The Quiz And Find Out How Well Do You Remember The Season Finales Of TVD (S1-S8)?

TVD premiered on CW on 10 September 2009 and it ended on 10 March, 2017. The show aired 171 episodes over the course of eight seasons. Take this quiz to find out how well do you remember the season finales of TVD. 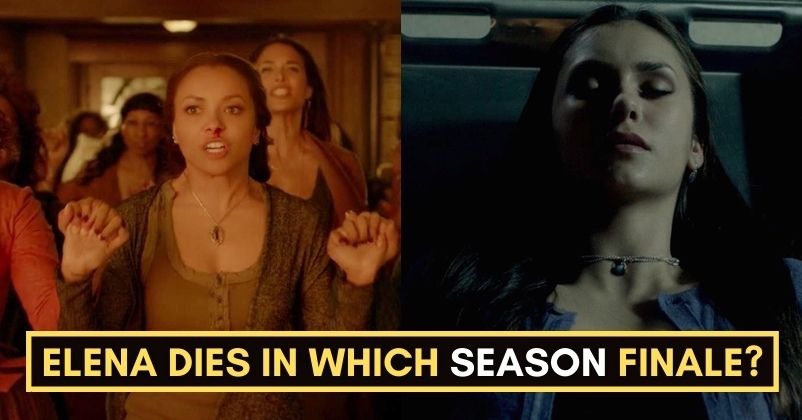 How Well Do You Know Jason Blossom From Riverdale?

How Well Do You Know Alex Danvers From SuperGirl?

5 Behind The Scenes Facts Of Lucifer That The Fans Might...

The Vampire Diaries ‘A-Z’ Quiz That Not Everyone Can Complete