Humor Nation Make The World Smile
Home Quiz Find Out What Is Your Vampire Diaries IQ?

Hello Readers! Welcome back to Humor Nation. Vampire Diaries is an American teen drama show which was based on the popular book series written by L.J.Smith in the same name as the show. This show premiered on 10th September 2009 and after that it went on to have eight seasons and concluded on 10th March 2017. The show is based on a fictional town named Mystic Falls, Virginia and the town has known to have supernatural history since many centuries. It follows the life of a beautiful teenage girl who meets two vampires Stefan and Damn Salvatore in Mystic Falls and both fall in love with her eventually. But it turns out that both of them had a fallen in love with the same girl in the past named Katherine Pierce who looked just like Elena her doppelganger.

Also Read: The Ultimate “13 Reasons Why” Quiz That Only True Fans Can Answer

Initially Damon in shown as the villain but things and characters change in this show season by season. Mainly all they do is protect Elena from all sorts of danger. This show has many other characters like Bonnie Bennett who plays the role of a witch, Caroline Forbes who initially is shown as a human but later changes into a vampire too, Jeremy Gilbert who plays Elena’s brother and rest Tyler Lockwood, Matt Donovan, Alaric Saltzman play their friends. The whole show is very interesting and every episode in thrilling and full of suspense which will keep you engaged throughout every season.

If you have watched and followed this show thoroughly then you can answer any question related to this show without thinking twice. If not then you can watch this show and play the quiz afterwards. So for all the Vampire Diaries fan we here present a simple quiz.

If you call yourself a The Vampire Diaries fan then take up this quiz now and find out how much you actually know about this show! Your Score Will Be Your Vampire Diaries IQ!

Find Out What Is Your Vampire Diaries IQ?

So you think you are a crazy passionate fan of TVD who knows almost everything about the show, it's story-lines, and the characters? Well, take this quiz and find out what's your TVD IQ? 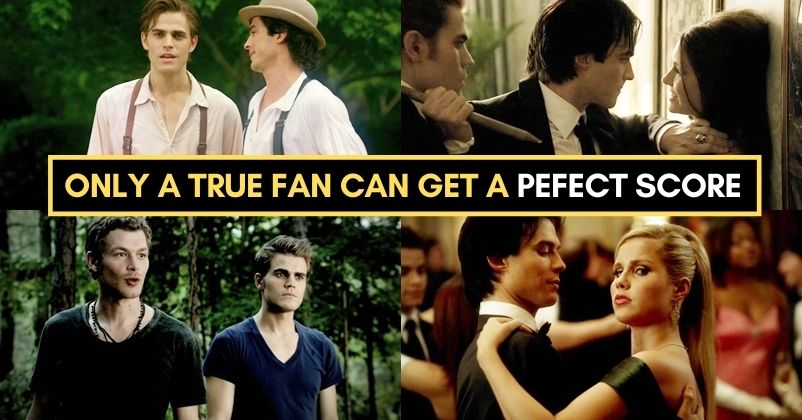