Welcome to Humor Nation. While the Salvatores have always tried to do the right thing for Elena, they believed their actions came out of the best intentions for their lover Elena, but often times their actions and things they did only made the matters worse. They ended up hurting Elena in one way or the other. Well, that’s the thing about love, we end up hurting the ones we love. Stefan and Elena has been together when the show began, things were going pretty well until Damon arrived in the picture, but even then Stelena managed to overcome all sorts of adversities.

But when Elena transformed into a vampire, things became somewhat difficult between the two. As Stefan who had this unconditional love for Elena because of her humanity and compassion, slowly faded after she became a monster like him. He found it hard to accept her as a vampire and this is when Damon won Elena by being there for him, and helping him in adjusting to this new life.

Damon was the one person who taught Elena how to feed, how to get used to being a vampire. But while vampirism comes with several enhanced abilities and powers, it also complicates things. A vampire has heightened emotions, meaning they are capable of feeling everything in excess. So after Elena learned of Jeremy’s death, she was devastated and found it hard to process the loss. Damon advised her to turn off her humanity to deal with the loss and to survive. As Elena was sired to Damon, his words influenced her due to the sirebond. Even before compulsion and Elena became a vampire, Damon has tried taking advantage of her using his powers. But luckily, Elena ingested Vervain.

Another worse thing that Stefan did was not telling Elena about Katherine It was because of her resemblance to Katherine that the younger Salvatore became drawn to her and decided to stay in Mystic Falls. It is also the same reason Damon fell in love with her. But the brothers believed it would be better to keep the information away from her. This only made things worse as Katherine eventually made her way into Elena’s life and caused chaos.

So Check Your Knowledge And Find Out Just How Well Do You Know The Salvatore Brothers?

TVD ran for a period of 8 years and during that period 171 episodes were aired. So it's pretty hard to keep all the affairs of our beloved Salvatores in order, especially now, years after the show has ended. But a true TVD fan would remember everything about Stefan and Damon Salvatore. 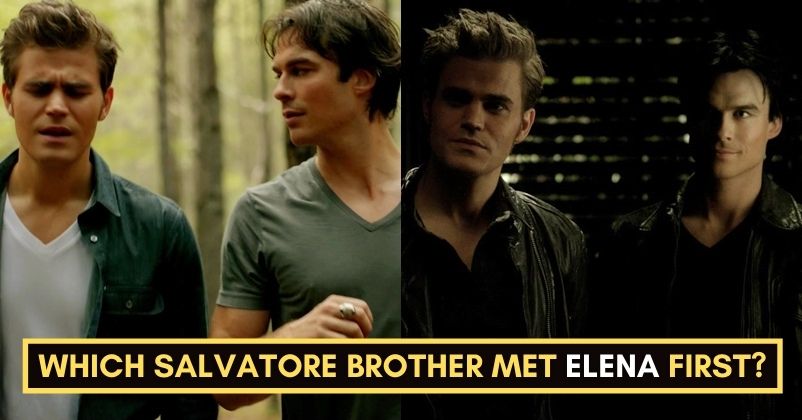