Welcome back to Humor Nation. The first half of fifth season of Lucifer is available on Lucifer and the second half will be released soon. Season 5 received rave reviews from the critics who applauded the plot, twist, and turns. Season 5 introduced us to some new characters. One such character is the archangel Michael who is the twin brother of Lucifer and served as the main villain of Season 5. Season 4 finale saw Lucifer making a sacrifice by returning to hell. His selfless act earned praise from all of his siblings in heaven. This made Michael jealous who arrived on Earth with the intention of ruining the reputation of Lucifer and proving to everyone that he’s the devil, he has not changed a bit.

Lucifer Quiz: How Well Do You Know Tom Ellis?

Michael has always conspired against Lucifer. He was the one who influenced him in rebelling against the God. He was also the one who planted the idea in Lucifer’s head that he should take a vacation on Earth. But after arriving on Earth, Lucifer changed when he came in contact with Chloe. He became better and learned to forgive himself.

In Season 5, Michael made his appearance when he pretended to be Lucifer and saved Chloe. He even roped Maze in his plan to ruin Lucifer’s life. Michael plans to make Chloe sleep with her, but Chloe finds out about the true identity of him and shots him. When Lucifer returns to earth and finds out about the actions of Michael, he confronts him at LUX and then get into a battle. Lucifer overpowers him in the fight and uses Maze’s knife to cut the face of Michael.

So Take This Lucifer Quiz And Find Out If It Was Lucifer Or Michael?

LUCIFER QUIZ: Was It Lucifer Or Michael?

Think you are a crazy fan of Lucifer? Take this quiz to test your knowledge of Michael and Lucifer! 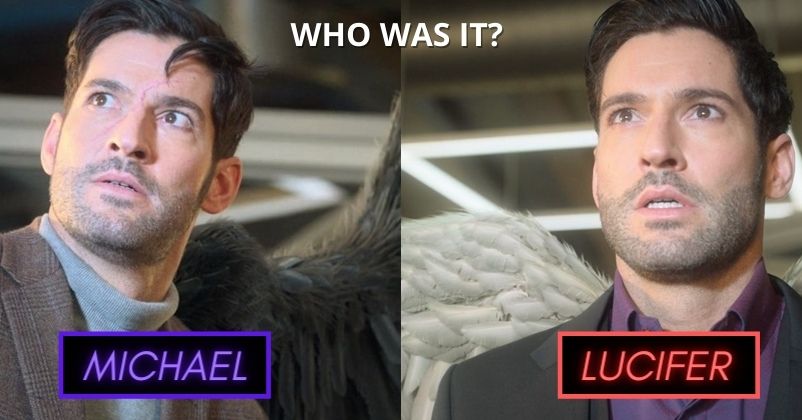