Welcome back to Humor Nation. Netflix is soon going to air the second part of fifth season of Lucifer. The show has now become a household name due to the brilliant plot and amazing performances by the actors. The show revolves around the devil Lucifer Morningstar who arrives on earth and joins a detective in solving crimes. During his time on earth, he experiences a change in his personality. He becomes a better person and explores his unresolved issues. Lucifer’s personality is a bit confused, sometimes he’s the best and sometimes he’s the worst. He has proved his friendship quite a lot of times but he also proved that he isn’t that good. So now we’ll tell you about the times when Lucifer proved that he isn’t that good.

But there have been times when he didn’t act the right way, in the process he ended up hurting the people close to him. Lucifer always took Maze’s loyalty and feelings for granted, at times Maze also felt abandoned by Lucifer. He never understood how much Maze is willing to go back to hell even though she likes earth, she just misses her home but cannot go because Lucifer isn’t willing to let her go.

Lucifer always makes fun of Dan no matter what and disrespects him. He calls Dan by the name “Dan the douuuche” and insults him every time. Dan thinks of him as a friend and we don’t know that if this friendship applies from Lucifer’s side or not. The fans have always enjoyed the dynamics between these two characters. Season 5 saw Dan trying to kill Lucifer after being manipulated by Michael, the arch-angel.

So Take This Lucifer Quiz And Find Out Who Said it?

Think you're a crazy Lucifer fan? Can you remember some of the quotes that our favorite characters have said? Well let’s see if you are right! 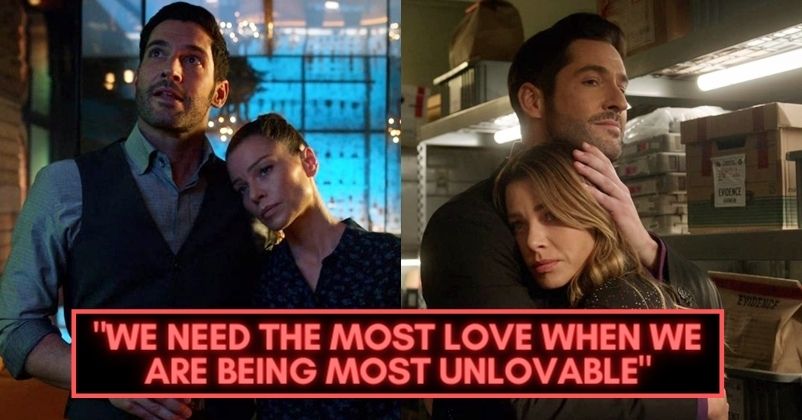