Welcome back to Humor Nation. The episode iDiablo! starts with Amenadiel who informs Lucifer about the wrongdoings of their brother Michael who has taken Lucifer’s identity and causing Chaos. Amenadiel is extremely worried as Michael mentioned Charlie. Lucifer assures him that Michael is just playing his usual tricks, he would clear the mess up, and decides to go to earth, asking Amenadiel to stay in hell for the time being. The devil goes straight to his true love Chloe who takes him as Michael and warns him to stay away. As Chloe saw through the charade of Michael, it takes a while for Lucifer to convince Chloe that it’s actually him. But Chloe is still bothered by the comment of Michael and pushes Lucifer away.

Chloe goes back to work, she starts investigating a case which involves the death of a show creator. Lucifer realizes he knows the person as he granted him a favor. Together they go inside the studio to see the filming of his show. Chloe realizes that the show is based on their lives, she is surprised to see how her character has been portrayed. The name of the fictional show is Lieutenant ¡Diablo! While the show has several differences compared to the actual life of Lucifer such as in reality Chloe was an actress before becoming a detective whereas Detective Dancer in the show was a stripper.

In the closing moments of the episode, Lucifer and Michael finally meet. Michael tries his mind tricks on Lucifer by telling him about all the bad decisions he has made in his life. This annoys Lucifer and they get into a fight. Lucifer gets the better of his brother and ends up scarring his cheek using the Maze’s demon blade so that he could never pretend to be Lucifer again.

The finale episode of Season 5 is arguable one of the best Lucifer episodes of all time. The episode featured the celestial war, emotional death of Chloe, Lucifer’s sacrifice for love, and him finally defeating Michael. Season 5 Part 2 is pretty serious compared to all other seasons as it featured the death of Dan which came as a surprise to the viewers because a major character is killed unexpectedly. Dan’s tribute and funeral makes his death even more emotional. Fortunately, that’s not the end of Dan as we get to see him in the spirit form in Season 6, and he ultimately finds peace and ascends to heaven.

So Take This Quiz And Find Out How Well Do You Know iDiablo!?

LUCIFER SEASON 5: How Well Do You Know iDiablo!?

One of the best episodes of Lucifer Season 5 is the 'iDiablo!'. This quiz focuses on questions relating to the events happened in the episode. 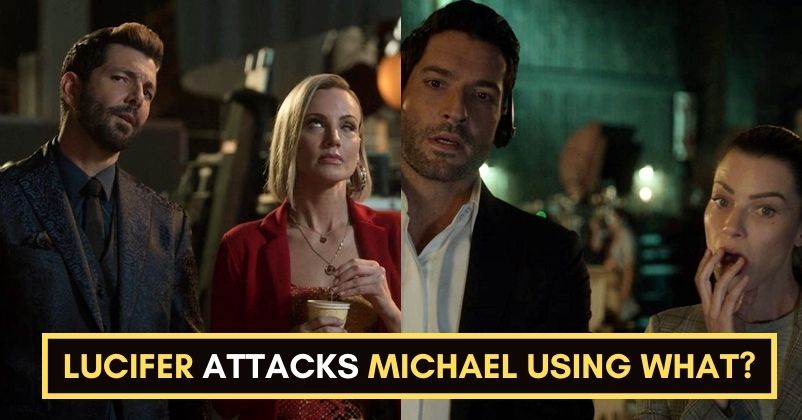