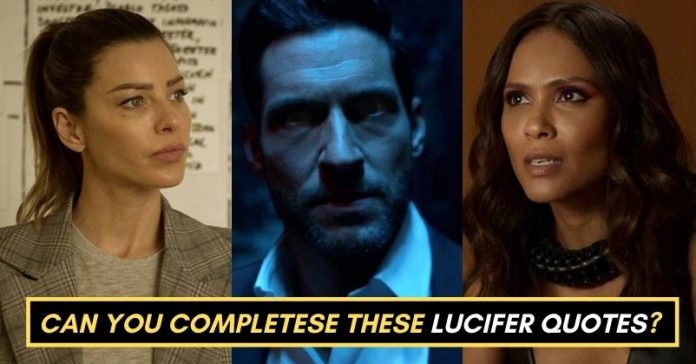 Welcome to Humor Nation. After being thrown out of heaven, the archangel Lucifer became the rules of Hell. It was his responsibility to punish the bad souls and maintain order in the underworld. But after managing the underworld for thousands of years, he got bored and decides to take a vacation. So the devil arrives in the city of Los Angeles along with his loyal demon Maze and starts a nightclub named ‘LUX’ in LA.

10 Saddest Moments From Lucifer Which Broke Our Hearts

The devil becomes involves in the investigation of a homicide case and crosses path with Detective Chloe Decker. He is ultimately appointed as a civilian consultant to the LAPD. He is a mystical celestial being with many terrifying abilities such as superhuman reflexes and speed, invulnerability (only vulnerable when Chloe is around), he assists Detective Decker in solving the crimes. As the series progresses, there come many celestial and demonic threats in the city of LA.

The show has many amazing quotes and only a true fan is aware of all the quotes. Are you a true Lucifer fan? Do you truly desire to prove yourself as a loyal fan? If you really do then complete these quotes from the show. 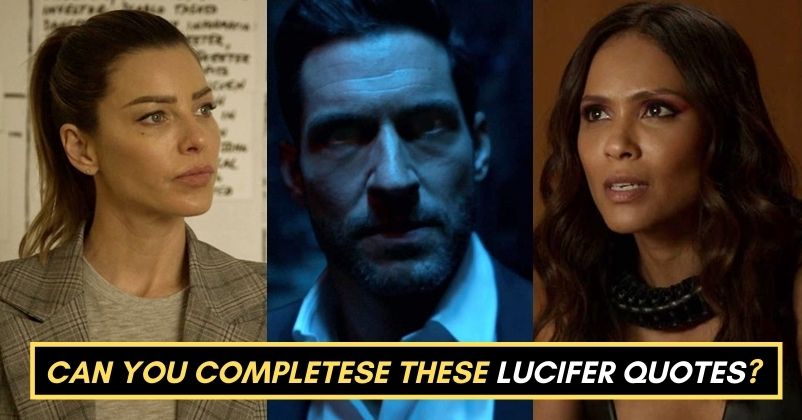 So how many did you manage to score on this quiz? Also, we would like to know what’s your favorite quote from the series? Do share with us by commenting below this post. And don’t forget to share this quiz with your Lucifer friends. Season 5 of the show will consist of 16 episodes. The final season of the show will be split into two halves. The first half of the show is likely to air somewhere in the summer of 2020.