Welcome to Humor Nation. It has been three years since The Vampire Diaries ended, but we fans still can’t get enough of the show and its characters. Fans of the show are still passionate about their favorite characters. The Stefan-Elena-Damon love triangle still remains epic even though it has been a long time since it concluded. TVD is much more than a tale of love, it’s a story about forgiveness and redemption. No other character personifies this assertion better than the character of Damon Salvatore. His character started off as a villain, but slowly it became a supportive brother, a compassionate friend, and a loving boyfriend. He has been through a lot which makes the fans love his character even more.

Ian Somerhalder will always be best remembered for his character of Damon Salvatore in The Vampire Diaries. So today we have gathered ten unknown and interesting facts about Damon Salvatore that not even the diehard fans of the show know. Even though Damon’s character started as a villain, but along the way he did some good deeds such as forming a friendship with Elena, rescuing Stefan from the tomb vampires, and helping Stefan through his Ripper phase. He becomes a hero when he shows concern to protect Mystic Falls from the old angry vampires.

According to Julie Plec, the show’s co-creator, Elena and Damon were not supposed to be together as she believed Elena would never fall for someone like Damon, it was against her character. Stefan and Elena were meant to be as they are the doppelgangers. But the Delena fans made Elena and Damon happen. Several of the TVD stars auditioned for the role of Damon! Ian admits that he bombed his audition for Damon and had to read the part again in order to convince everyone that he’s the right candidate.

So Take This Quiz And Find Out If You Can Complete The Quotes Of Damon Salvatore!

Only A True Damon Salvatore Fan Can Complete These Quotes!

Even though the character of Damon Salvatore started as a villain, but along the way he did some good deeds such as forming a friendship with Elena, rescuing Stefan from the tomb vampires. Think you are a Damon fan? Take this quiz to test your knowledge of Damon's quotes. 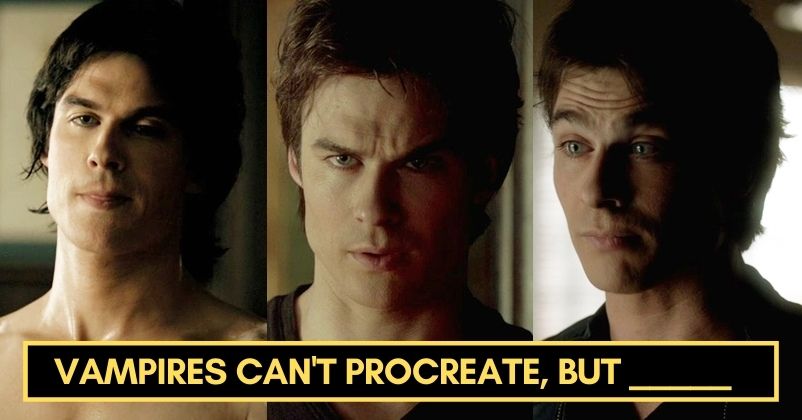