Home TV Only A True Fan Can Complete These Chloe Decker Quotes From The...

Welcome back to Humor Nation. Chloe Jane Decker is a homicide detective working in the city of Los Angeles. While investigating a murder case, she crosses path with the devil Lucifer Morningstar who has taken a sabbatical from his duties of hell. Lucifer assists the detective on the case even though she protests his help. Ultimately she ends up forming a working relationship with the LUX owner as a detective-consultant duo, and slowly she starts falling in love with the devil Lucifer.

How Well Do You Know The Songs That Were Sung By Lucifer?

Chloe Decker’s mother Penelope Decker was an actress and wanted her to make a successful Hollywood career. When Chloe was a teenager, she appeared in a film called ‘Hot Tub High School’ in which she appeared topless in one scene, this gained her some mild popularity. When she was 19 years old, her father who was an officer with the LAPD died. Chloe gave up her acting aspirations to make a career in the Police to become just like her father. Decker is very sincere and passionate about her job.

When she started her career with the LAPD, she met Dan Espinoza and fell in love with him. They married and together they had Trixie AKA Beatrice. But things didn’t work out and the couple separated as Chloe believed that Dan would always put work over the family. Even though Chloe is a human, but she has many abilities such as sharp intelligence and being skilled at deductive analysis. She also makes Lucifer vulnerable for some reason. What’s your favorite Chloe Decker quote from the Lucifer? In case if it’s not included in the quiz then please do comment and let us know. 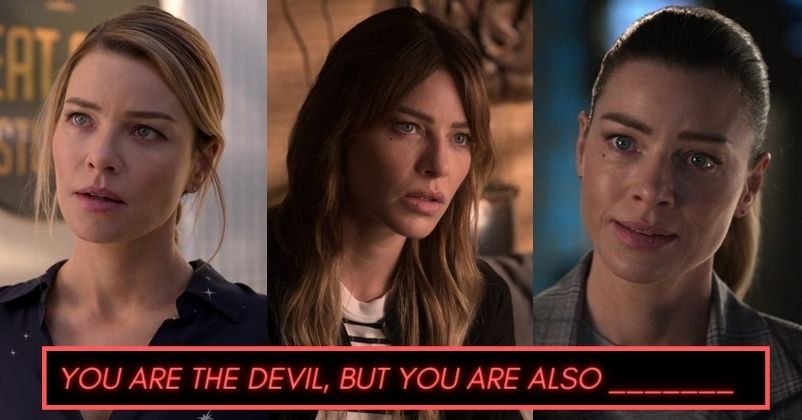 How Well Do You Know Damon Salvatore’s Storyline From The Vampire...

5 Mistakes & Inconsistencies In Lucifer That The Fans Ignored

Best Of Ella Lopez Moments From The Lucifer

Find Out If You Can Survive In Mystic Falls Or Not?