Home TV Only A True Fan Can Complete These Delena Quotes From TVD!

Welcome back to Humor Nation. Two of the most passionate and amazing ships on TVD are Delena and Stelana. The fans of these ships still debate, claiming their ship is superior to the other one. Ultimately, it was Delena that became the endgame in TVD. It would seem like that Damon would never become a vampire because he has used to the powers of being a vampire, but his love for Elena was superior to everything else. He once admitted to Elena that he wants to grow older with her. Luckily, they both became humans in the end and lived a happy life together.

Right from their first exchange, it was clear that Damon has a thing for Elena, he even made advances towards her. But it wasn’t until the episode ‘Rose’ where we truly learn about the depths of his love for Elena. He would confess his love for Elena and then telling her that she deserves Stefan because he is the better man. He would compel her to forget about their conversation.

Many people believe Elena fell for Stefan because it was love at first sight, they both met at the right moment, and everything fell into the place. But later we learned that it was Damon who first encountered Elena while searching for Katherine and there was a fierce chemistry between the two, more than Stelena. Damon told Elena what she truly desires and then compelled her to forget about their interaction and to go for her passion. She would then encounter Stefan who was the mysterious stranger who saved her life in the fatal accident.

When Elena became a vampire, it changed everything for not only her, but for the people around her. While Stefan and others felt different towards Elena and wanted to get the human Elena back. Damon was the one person who truly helped Elena in mastering her vampiric abilities. He taught her how to feed on humans without killing and during this time, they both bond intensely. This also proved the contrast in relationship of Elena with Stefan and Damon. While Stefan offered stability, normalcy, and protection. Damon offered chaos and freedom. Let us know your favorite Delena moment from the eight seasons of TVD!

So Take This Quiz And See If You Can Complete These Delena Quotes From TVD!

Only A True Fan Can Complete These Delena Quotes From TVD! 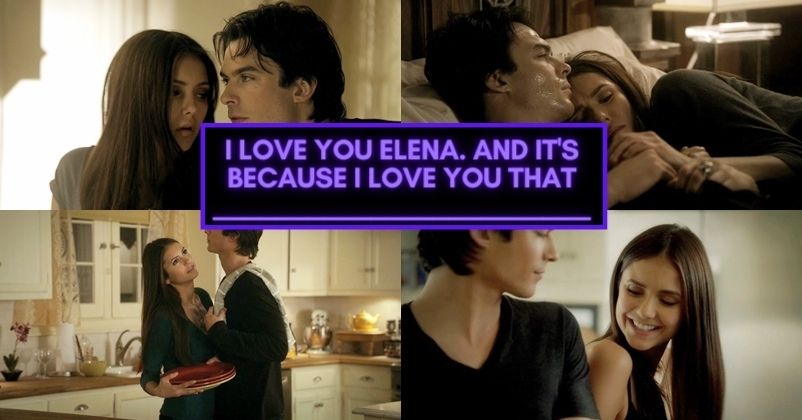 Can You Match These Quotes To The Riverdale Characters Who Said...

Find Out Which Villain From ‘The Vampire Diaries’ Are You?