Home TV Only A True Fan Can Name 100% Of These Lucifer Villains?

Welcome back to Humor Nation. The show tells the story of the devil who walks the earth and solves the crimes. Even though he is the devil, but he is not the bad guy. For there are numerous vile villains who also walk the earth and tried their best to make the life of the devil a living hell (pun intended).

How Well Do Know The Season Finales Of The Show Lucifer?

Perhaps the worst and most dangerous villain was Marcus Pierce AKA Cain, the first killer of the world. What’s interesting about this character is at first look, you won’t ever think that this character could have any bit of evil inside him, and that’s the scary part. An immortal being who is highly intelligent and would go to any means to achieve his goals. He even roped Mazikeen in doing his bidding, he killed Charlotte, and almost killed Chloe. He shot Chloe, the woman he said he loved.

Lucifer is a devil so it’s natural to assume who could do any harm to the devil. Well, Malcolm Graham almost killed the devil and sent him back to hell. He really made a great villain because he’s corrupt, rotten, and has no code whatsoever. He was brought back from the dead by Amenadiel to help him in getting Lucifer back to hell. But he became a loose canon and did his own thing. He wounded Amenadiel using the Maze’s blades. Imagine a human who harmed an angel and the devil. Speaking of humans, Malcolm isn’t the one who caused chaos in Lucifer’s life. Father Kinley bested him who managed to create a rift between Lucifer and Chloe through his manipulation tactics. So who’s your favorite villain from Lucifer? Let us know your answer in the comments.

So Take This Quiz And See If You Can Name 100% Of These Lucifer Villains? 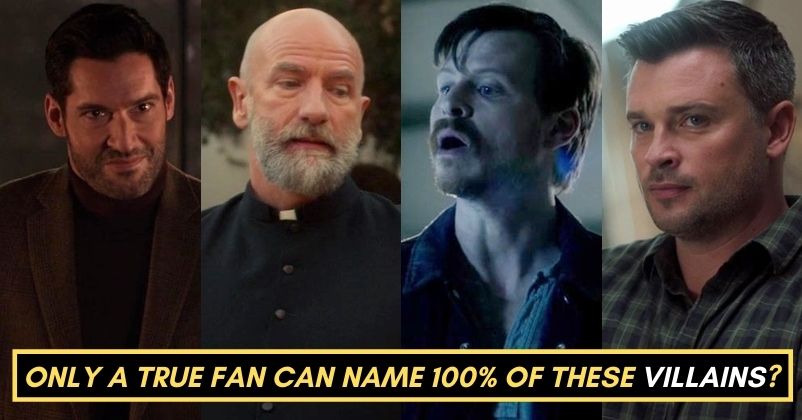 7 Reasons Why Chloe Decker Is Too Perfect For Lucifer Morningstar

How Well Do You Remember Season 2 Of SuperGirl?

How Well Do You Know ‘The Vampire Diaries’ Jewellery?