Welcome back to Humor Nation. After being in the captivity of Dahlia, Freya Mikaelson saw the first glimpse of her family in 1914 when she attended the Christmas party thrown at the French Quarters. She would then repeat the hibernation cycle in which she would sleep for almost 100 years. When she woke up at the Fauline Cottage, she found that her sister Rebekah has been trapped in the body of Eva Sinclair, held captive at the Fauline Cottage. She would save the life of Rebekah from the inmates and free her from the Asylum which had a magical barrier preventing anyone from escaping.

Freya would visit her brother Finn and learn from him about Hope. The first born of the second generation, it would give her a goal to fight Dahlia and kill her once and for all. Dahlia is the one who took away her childhood and is responsible for the deaths of her lover Mathias and the unborn child. Even though her brothers were skeptical at first, but together they would manage to defeat the invincible Dahlia.

While after the events of Season 2, Elijah would leave the side of Klaus for condemning Hayley to the werewolf form and for killing Gia. Freya would stay at the Mikaelson compound. Peace would prevail for a while, but all hell would break loose with the arrival of the Trinity and the sireline war. Freya’s magical prowess would prove to be extremely beneficial in dealing with the different enemies. With her spell, they managed to trap Tristan with the help of the Serratura. In Season 3, Freya would protect the family several times and in the process, she would get poisoned and hexed.

In Season 4, she would find her true love in the form of Keelin, the last remaining werewolf of her kind. Freya would help her in controlling her powers and in exchange would use her blood to prepare antidote for Marcel’s Upgraded Original Venom. After the events of Season 4 finale, the Mikaelson siblings would be separated. Freya decides to leave New Orleans to be with Keelin and could live for her own, but she had to put her plan on hold when the Mikaelson siblings are reunited. Freya would place the siblings in Chambre de Chasse to assist Hope who plans to take the spirit of Hollow within her as the prophecy of destruction is almost near. She would eventually marry Keelin and they would have a son together.

So Take This Quiz And Answer Whether It Was Freya Mikaelson Or Vincent Griffith?

Originals Quiz: Was It Freya Mikaelson Or Vincent Griffith?

So you think you are a crazy fan of the Originals? Think you everything the characters of the show? Take this quiz to put your knowledge of Freya and Vincent to test! 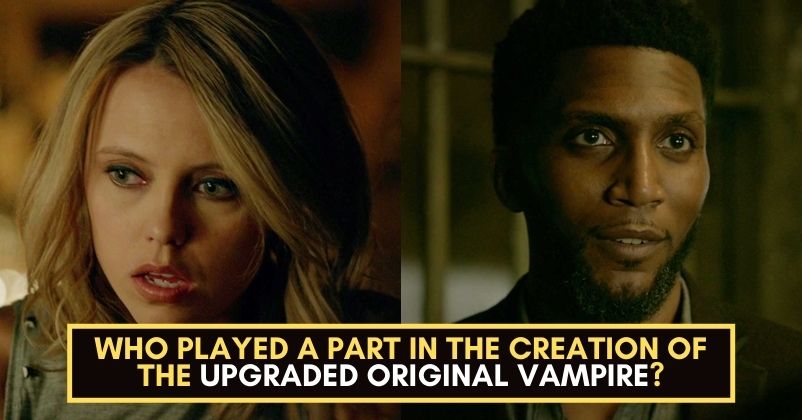